The September Apple event revealed a host of exciting new products on the horizon. Among them was something we’ve all been waiting for: the new iPad Air.

One of the main selling points of the latest iPad is the inclusion of the new A14 processor, the Bionic. Apple fans will also be thrilled by the relatively low price for a product that is comparable to the top tier iPad Pro, and by some metrics may even beat it. 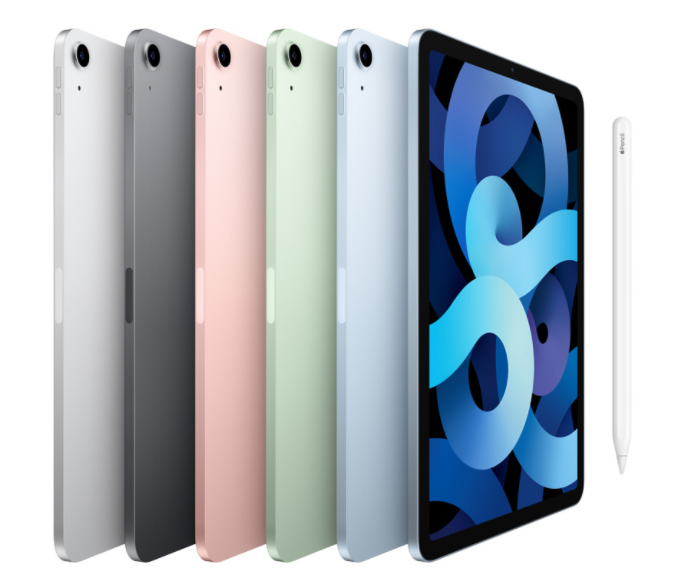 Like previous iPads, the iPad Air 2020 is aimed at people who want the power of a computer with smartphone levels of portability. Whether you want to use Microsoft Office or Adobe’s Creative Cloud while you’re on the go, the new iPad Air is up to the job.

Read on for an in-depth look at the features and specifications of the new iPad Air 2020. We’ll also cover how it stacks up against the iPad Pro.

Everything You Need to Know About The iPad Air 2020

With the 2020 version of the iPad Air, Apple has made some significant changes to the design. The most obvious of these is the shrinking of the bezel around the screen. Visually speaking, the iPad Air and iPad Pro are now almost identical.

The new iPad Air has a larger display than previous versions, rocking up at an impressive 10.9 inches. Coupled with its intuitive touch controls, the larger display makes navigating between your apps and documents a breeze. 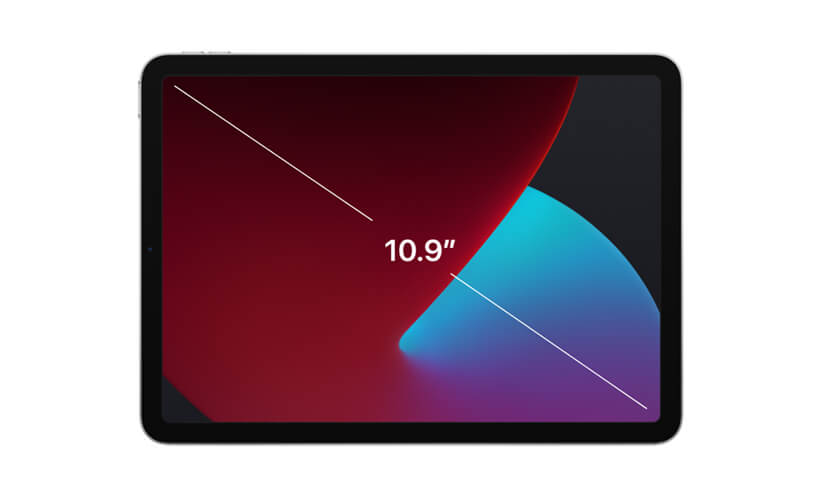 Improvements under the Hood

The headline feature of the new iPad Air is its processor. It’s the first Apple device to rock the brand new A14 Bionic processor. The A14 has a 5nm chip with a six-core CPU and a whopping 11.8 billion transistors.

As the iPad Air 2020 hasn’t yet been released, it’s difficult to say how exactly the improvements with the A14 chip will translate into real-world performance.

However, Apple has stated that we can expect a 40% boost in speed compared to the previous iteration. The latest iPad Pro comes with an A12Z processor, so will the new model outdo it?

Another feature, which we personally think is a little overdue, is that Apple has (finally) switched over to USB-C on the iPad Air – just like it did with the iPad Pro. The benefits of this include 20w charging and a lightning-fast 5Gbps data transfer rate. Whatever you plan to use your iPad for, that means less time waiting and more time living.

Related article: USB C vs A vs B: Which One Do You Need for Your Product? 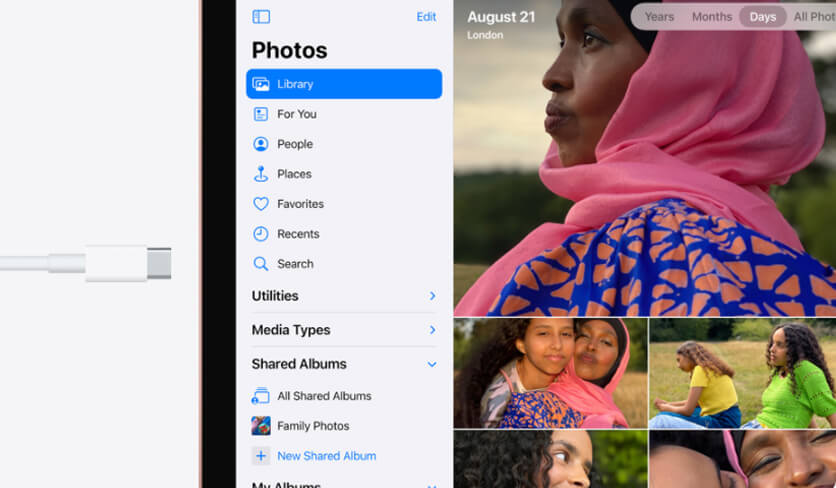 In terms of photographic capability, the rear-facing camera isn’t likely to be a replacement for your smartphone, but it does come with some fantastic video stabilization. On the other hand, the 7-megapixel front-facing FaceTime HD camera is perfect for all of your video conferencing needs. The front-facing camera on the iPad Air outperforms many laptop webcams and is capable of shooting in 1080p at 60fps, with options for High Dynamic Range (HDR).

Previously, if you wanted to use Apple’s more premium tablet accessories, your only option was to purchase an iPad Pro. However, the latest iPad Air comes with support for not only the Apple Pencil, but also the Magic Keyboard.

The iPad Air 2020 will also be compatible with both the Smart Keyboard Folio and Smart Folio covers. This cross-accessory support means that the iPad Air can give many laptops and smartbooks a run for their money in terms of professional work functionality. 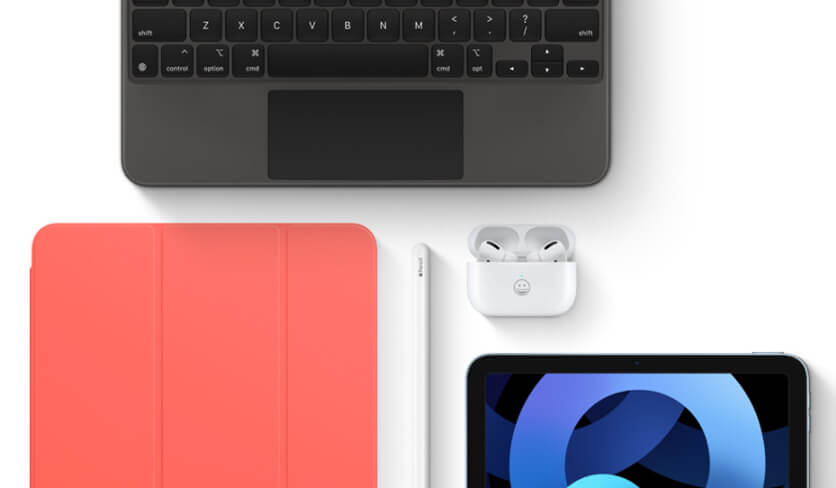 Now for the part you’ve all been waiting for. How big a hole will this feature-rich and innovative piece of kit burn in your pocket? Depending on how much storage you need, and whether you are content with WiFi or need a cellular connection too, the iPad Air 2020 will range from $599 to $879. The eagle-eyed among you may notice that this is a full $100 more than 2019’s iPad Air, but the reasons for this are pretty clear: The beefy processor, accessory support and bezel-less display mean that the new iPad Air is very close in functionality to the much pricier iPad Pro.

With all of this in mind, the real question is why would anyone pay the extra cash for an iPad Pro when the iPad Air comes so close?

2020 has been a bizarre year all round and Apple’s product line hasn’t escaped this strangeness.

The iPad range used to be very simplistic. You had two color options and a few different options for storage. As of 2019, there were 5 different versions of the iPad available, all with their own storage options. The release of the iPad Air 2020 may confuse things even further, as it is highly comparable to the iPad Pro but at a much lower price point. 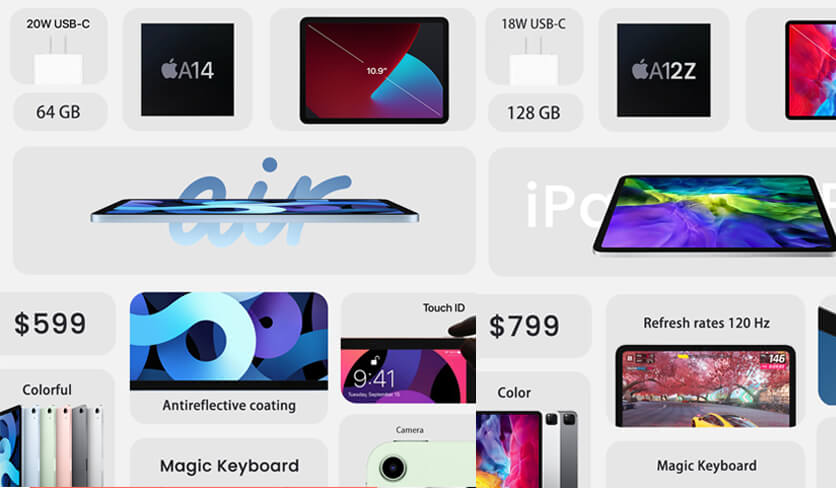 At first glance, both models look almost identical, with the same slim design and reduced bezel around the screen. The height and width of the 10.9 inch Air and the 11-inch Pro are, surprisingly, identical. The Air, as its name suggests, weighs in 200 grams lighter than the Pro.

Only the iPad Pro is available in a 12.9-inch screen size. If you tend to work in large or multiple windows, that difference may be key.

However, if you do not need the extra screen space, the Pro doesn’t have many benefits to offer in terms of its display. Both the 11 inch Pro and the 10.9 inch Air use a special anti-reflective coating. According to Apple, this coating reduces reflectivity for both displays down to 1.8%! 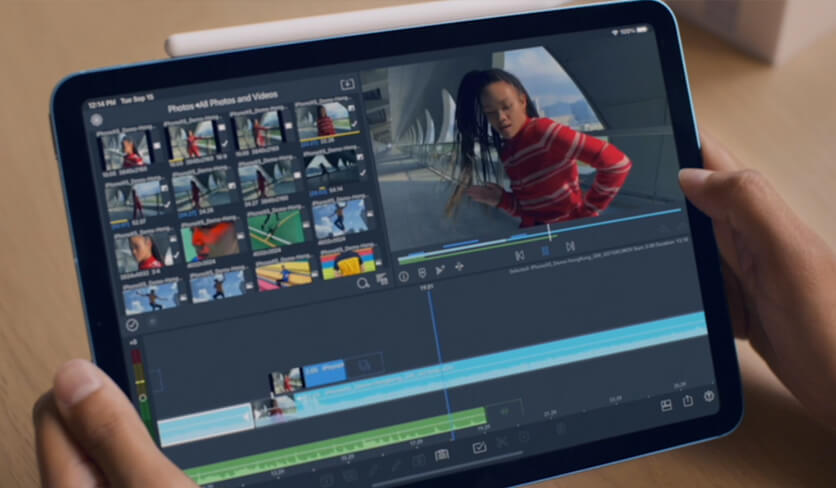 Both the Air and Pro support the P3 color space, which is larger than sRGB and is utilized by the latest iPhone cameras.

One significant difference, especially if you work with video or animation, is that only the iPad Pro is available with a 120hz refresh rate.

For the first time, the iPad Air is now compatible with all of the accessories that Apple has to offer. Previously, those who wanted to use their iPad with either a Smart Keyboard Folio or the Magic Keyboard were limited to the iPad Pro. So good news: this is longer the case. The iPad Air and the iPad Pro both come with a Smart connector, but frankly, any Bluetooth keyboard will do (and they tend to be a lot cheaper!).

While the tangible benefits of the Pro over the Air might seem too small to justify the extra cost, some users may require the additional functionality provided by the more expensive model.

Chief among the features exclusive to the iPad Pro are the LIDAR sensor array, an additional two speakers for a more balanced sound, and the fact that there is no 128GB version of the Air.

If you’re like us, you are probably wondering why Apple would release a product that, in terms of value, seems to trump the iPad Pro.

However, several reports have suggested that there may well be a new version of the iPad Pro on its way to us in the last quarter of 2020. So, if you have your sights set on a Pro, it may be worth waiting.

Right now you would be hard-pressed to find a tablet that offered more functionality and flexibility than the iPad Air at the same price point. As a bonus, it’s even available in more color options than we have traditionally come to expect from Apple’s products, including green and blue.

Which iPad are you thinking of going for? Let us know in the comments down below.

If you do decide to take the leap and buy yourself the 2020 version of the iPad Air, you may need to update your charging and cabling situation. In what looks like a shift that will continue, the new iPad Air uses USB-C rather than Lightning. 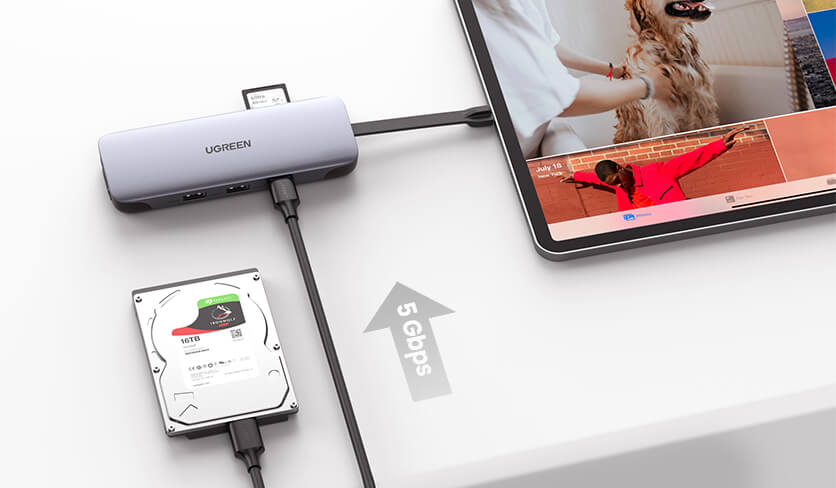 Related article: How to Choose the Best USB-C Hub For Your New iPad