Apple fans around the world, rejoice! We have some very, very good news…

If you like Apple products (and haven’t been living under a rock for the past year), you already know that we’re talking about the new iPhone 12.

It’s been a bit later than usual, but we now have a release date and all the details for the latest iterations of Apple’s smartphone. If you’re anything like us, you’ve already spent plenty of time checking all the rumors in advance of the launch.

But now we have the facts. The tech wizards at Apple have put us out of our misery. The iPhone 12 has been officially announced and we have all the details.

Read on for an in-depth analysis of what each iPhone 12 model has to offer, along with our recommendations for which one you should buy. 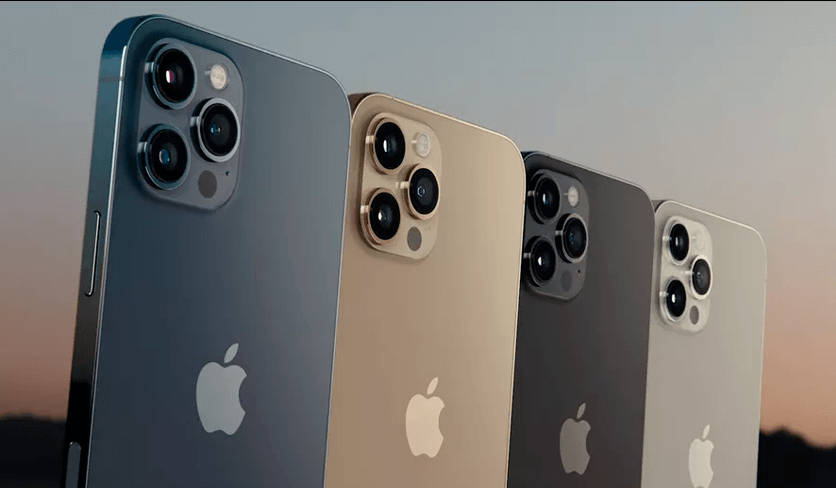 The different iPhone 12 versions offer some significant improvements over previous iterations, including the introduction of the super-fast A14 processor, sturdier glass, better cameras, and – you guessed it – 5G support. 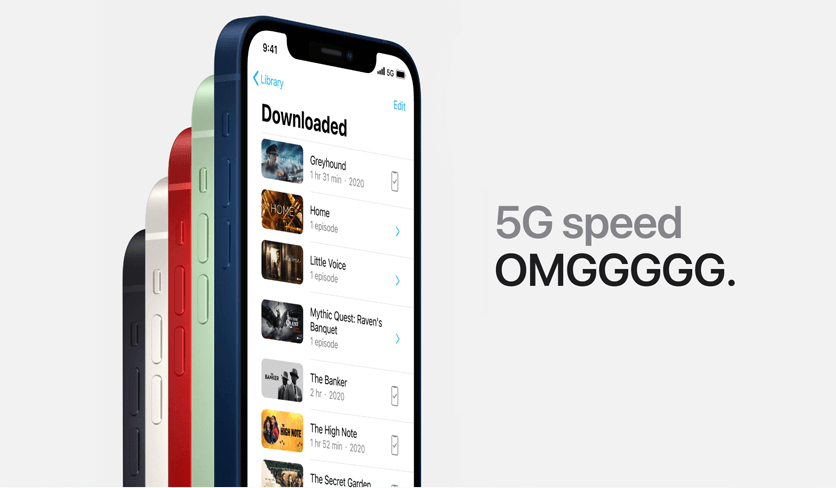 If you include the iPhone 11, the iPhone SE, and the iPhone XR, there are now 7 different models to choose from. The sheer volume of choice can get a little overwhelming, so read on for a full breakdown of what each model offers compared to the others.

This is the latest “regular” iPhone that is targeted at the average, mainstream consumer. As with all of the new iPhone models, the regular 12 is powered by the new A14 “Bionic” processor, which boasts some seriously impressive numbers. The iPhone 12 has the same overall dimensions as the iPhone 11. The iPhone 12 screen size also remains unchanged at 6.1inches. However, the display is now powered by OLEDs, and you should notice a significant improvement in both brightness and color vibrancy.

Another area of improvement over the iPhone 11 is the camera, which now has a faster f/1.6 wide-angle lens and shoots at 12-megapixels. 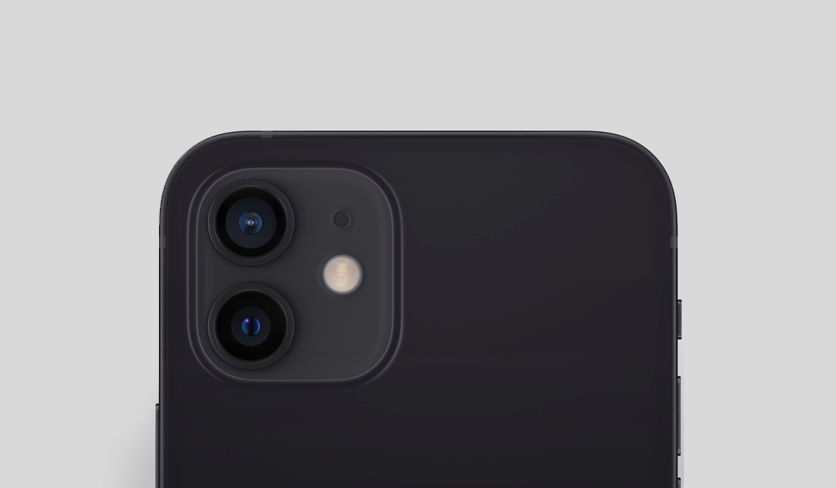 The iPhone 12 mini offers the same high-end specs as the iPhone 12, just with a slightly smaller screen. In fact, this is the smallest iPhone that Apple has released in nearly five years, but it manages to cram the 5.4-inch display into a device that is smaller overall than the iPhone SE (which comes equipped with a 4.7inch screen.) This is largely due to the new bezel-free design, and probably (though Apple has not yet specified) a smaller battery. The iPhone 12 is a perfect match for anyone looking to spend a little less money, or just those more inclined towards a smaller form factor for their devices.

The iPhone 12 Pro offers some significant benefits over the standard and mini models. The biggest are in the photography department.

The 12 Pro has an additional third lens on the back of the body that comes with 2x optical zoom. It also comes with the same LIDAR sensor as the new iPad Pro which enables lightning-fast autofocus, even in low light situations, as well as improved accuracy for augmented reality applications. Additionally, the 12 Pro can shoot HDR video at 60fps – a big improvement over the standard iPhone 12’s 30fps. 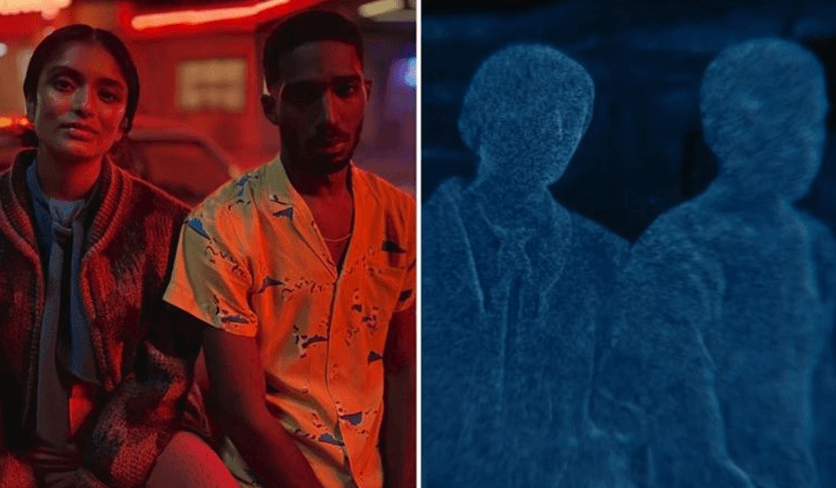 This one is a beast. Clocking in with a hefty 6.7inch screen, this is the single largest iPhone that Apple has produced to date. It has a similar three-camera setup to the iPhone 12 Pro, but with the addition of a larger sensor with dramatically (according to Apple) improved image stabilization. The telephoto lens has also been given a boost over the one that comes with the iPhone 12 Pro, with a maximum optical zoom of 2.5x.

The LiDAR sensor on the iPhone 12 Pro and Pro Max creates depth-maps of the immediate environment that makes autofocus in low light up to six times faster.

The Pro Max’s wide-angle rear camera lens has also been given a bigger sensor to improve low, which will improve nighttime photography and your pictures in dim conditions.

What Accessories Come in the Box with Each iPhone 12 Model?

As we suspected, none of the iPhone 12 models will come with the signature Apple EarPods (unless you are in France, in which case local laws mean they will still be included). What may come as a surprise to some readers is that in addition to stripping out the EarPods, none of the new iPhone models will ship with a power adapter. Apple has cited environmental concerns for this omission, as well as the fact that more and more people are adopting wireless charging. 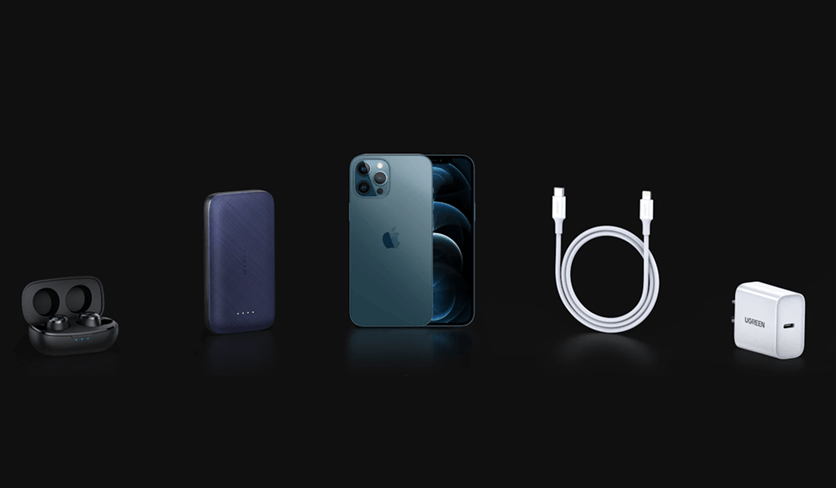 Fortunately, there is a sweetener to this new deal. as all of the accessories that are no longer included in the iPhone 12 box will be less expensive to purchase. Also, all models of the iPhone 12 will at least include a USB-C to lightning cable.

If you’re looking for more information on the best accessories for the new iPhone, check out our iPhone 12 accessories guide.

And, if you’re on the hunt for some wireless earbuds to use with your new iPhone 12, our Become a TWS Pro guide is the perfect place to start.

Which iPhone 12 Should You Buy?

The question of which iPhone 12 you should buy will depend on any number of factors. One of the most important of these, for many people, is how much of a hole each model will burn in your bank statement. Here’s a breakdown of the pricing information from Apple.

New iPhone 12: How Much Does it Cost?

Can’t choose between the standard iPhone 12 and the iPhone 12 Pro?

Alongside a better camera you’ll get a more premium feel. The 12 Pro is made out of stainless steel, whereas the iPhone 12 is constructed from aluminum. 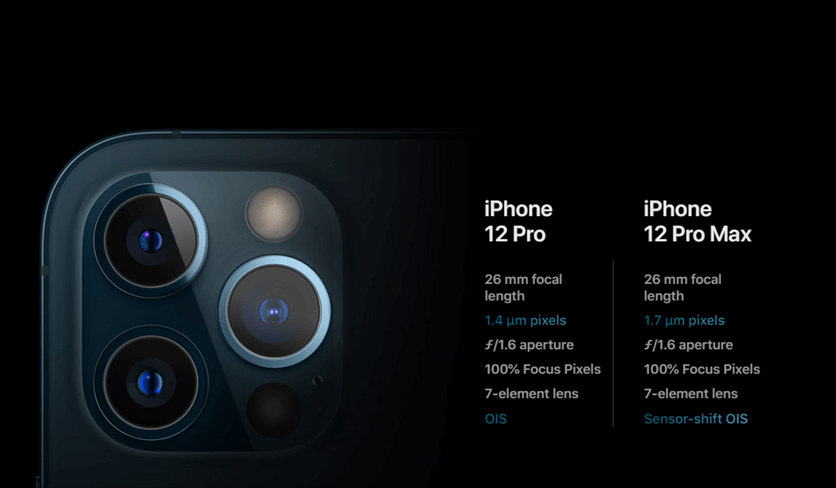 The performance between the two devices should be fairly similar as they are both powered by the same A14 processor. That being said, unconfirmed rumors suggest that the Pro will have 6gb of Ram compared to the 4gb of the standard 12. We will have to wait until the public gets their hands on these devices to confirm this, and see what effect it has on performance.

The Pro range is rated at IP68 water resistance, meaning it’s much better protected from splashes and spills.

The most obvious difference between these two models is in the size. The Pro Max is an absolute beast, with a 6.7inch screen (the largest ever on an iPhone).

Apple has never revealed the size of the batteries that power their phones, and this year is no exception. Common sense dictates that the larger form factor and the increased screen size of the Pro Max would mean a larger battery, but again, we will have to wait until we get our hands on them to confirm this 100%. 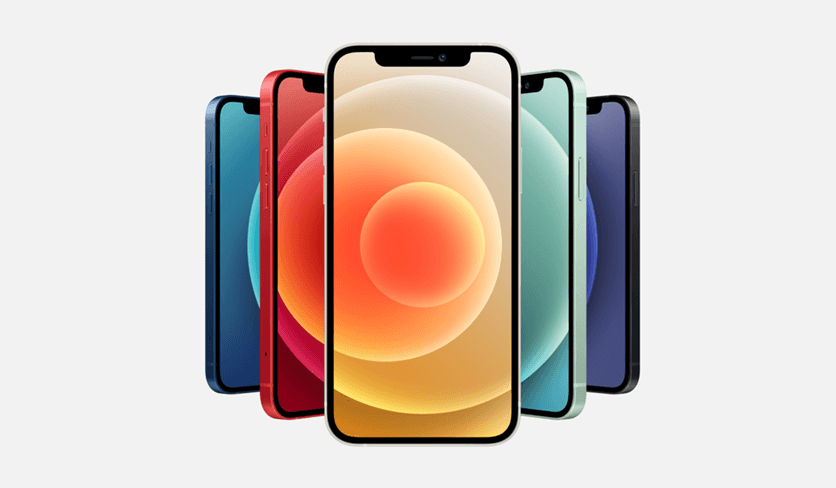 So now that you know all about the new iPhone 12 options, which is your favorite? For us, the huge zoom of the telephoto lens on the iPhone Pro Max, coupled with the massive screen size (we’re suckers for watching Netflix on the go!) make it a winner.

Having said that, if you don’t tend to watch movies on the go, or if you just prefer a smaller form factor with your iPhones, the iPhone 12 mini is an exciting (and relatively cheap!) device.

Overall, it’s fair to say that the new iPhone 12 Series was worth the wait! 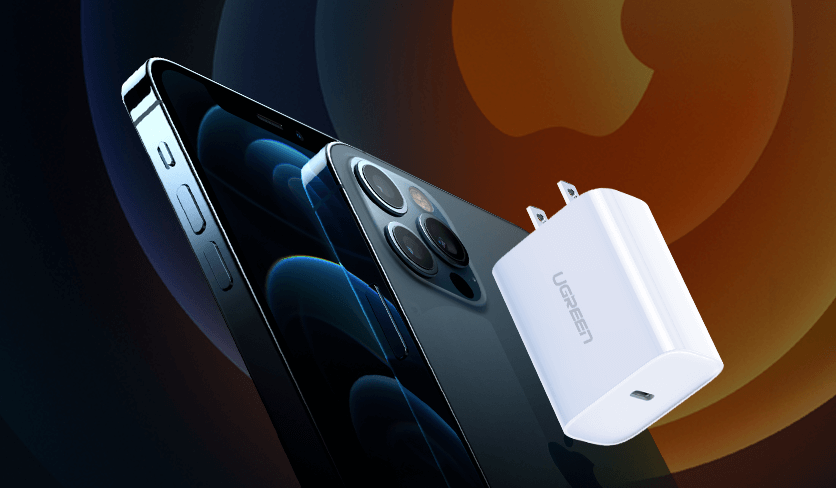 Regardless of which iPhone 12 model you go for (and let’s be honest, if you’ve made it this far in the article, you’ll probably be buying at least one), the lack of a power brick means you may have to purchase one elsewhere. We would recommend giving the 20W USB-C power adapter from UGREEN a try. It has a fantastically sleek design and delivers the maximum power that the iPhone 12 can handle! If you’re looking for a charger that supports both your new iPhone and other devices like an older phone or a laptop, either the 30W USB-C PD fast charger or the 65W GaN PD fast charger would suit your needs better.

One Reply to “Which iPhone 12 Should You Get?”

Home » Guides » Buying Guides » Which iPhone 12 Should You Get?
a