DisplayPort is a set of cables, ports, and standards that are used for audio/visual transmission. A group of computer and chip manufacturers designed DisplayPort to replace the older A/V standards like DVI and VGA.

Why Does DisplayPort Matter?

Most people use HDMI connections for their televisions and computers. So, why should anyone care about DisplayPort? DisplayPort 2.0 is by far the most impressive set of standards that have been released to date. Displays that feature this port will be released later this year and they will be impressive. 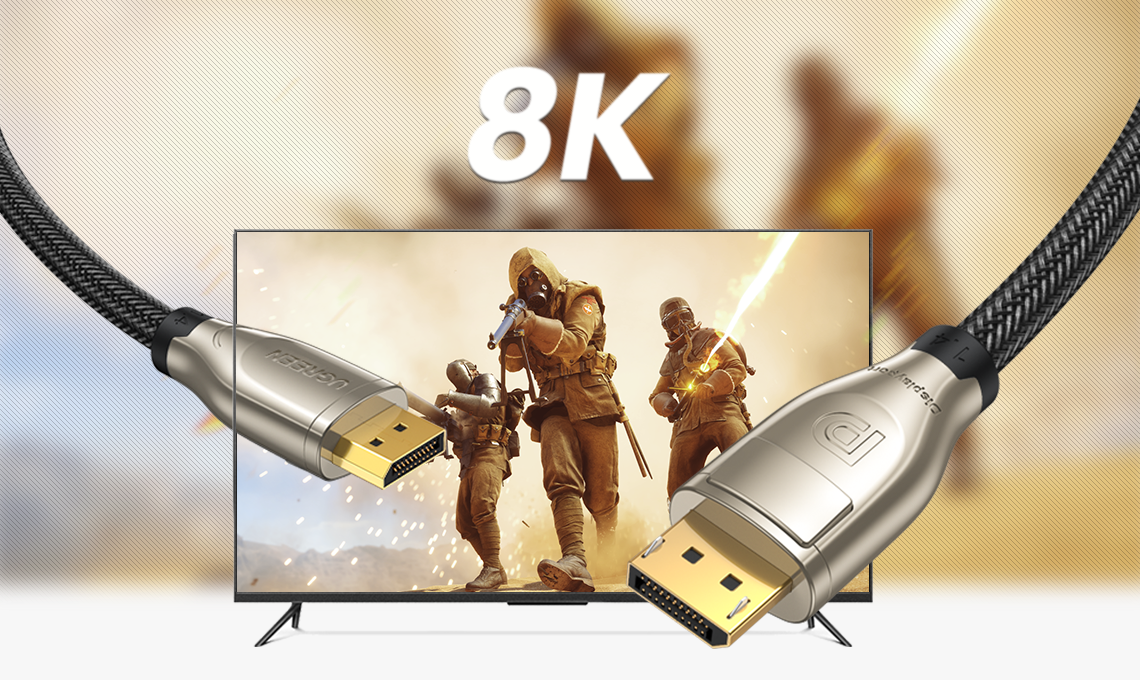 Most people are probably familiar with 1080P, 4K, 8K, etc. But, what does that mean? These numbers refer to the number of pixels that are found on the horizontal axis. In other words, on a 4K monitor, there are around 4,000 pixels in each pixel row. The “p” in 1080p stands for ‘progressive scan’ which was a new way to provide high-definition video at the time it was released.

However, the maximum resolution is not the only number that matters. Refresh rate and color depth also factor into your viewing experience. These three factors also depend on the maximum bandwidth of the connection. Still, DisplayPort 2.0 is better than HDMI 2.1 in every category.

Related article: DisplayPort vs. HDMI: Which Is Better For You?

In 2006, DisplayPort initially launched with version 1.0, which was quickly updated to version 1.1 the year following. The early cables were pretty limited, offering a maximum of 10.8 Gbps of bandwidth. 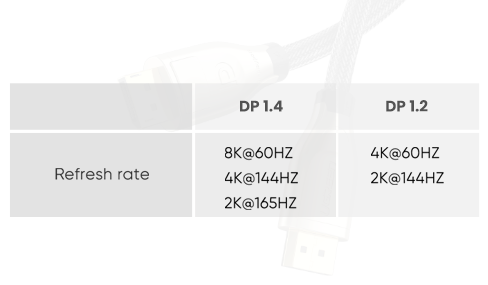 Companies are currently preparing to release high-definition displays capable of 16K resolution, and these displays will feature DisplayPort 2.0. DisplayPort 2.0 will have significantly higher standards than HDMI 2.1 and will be the preferred choice for high-end TVs.

At 16K resolution, the DisplayPort 2.0 standards can support 60Hz. However, perhaps more importantly, the standards feature an 8K resolution at 120Hz. If you are confused, Hz is the measurement of frequency. In this case, it is measuring refresh rate, or how many times a screen can update itself in a second.

Although DisplayPort 2.0 was announced in 2019, it takes time for companies to start producing devices to utilize the higher capabilities of a new standard. Many quality control steps need to be taken to make sure the connection will work effectively. Still, if you are looking for the next generation of TV, there should be some TVs on the market that use DisplayPort 2.0 by the end of 2021. 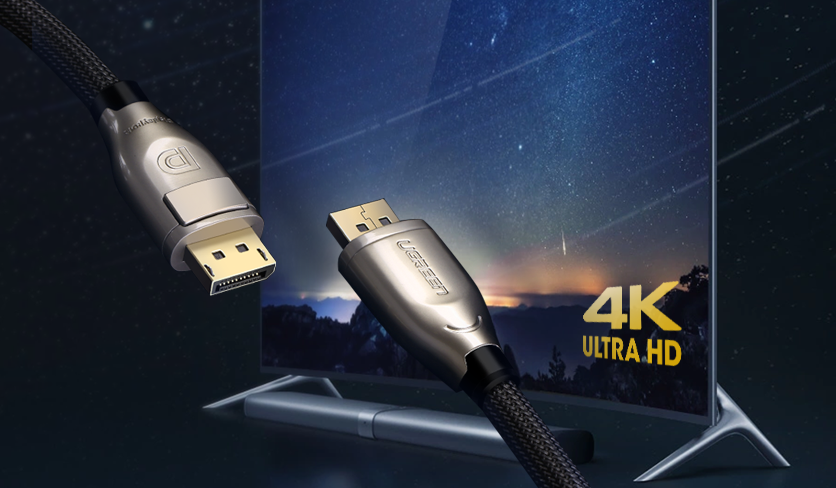 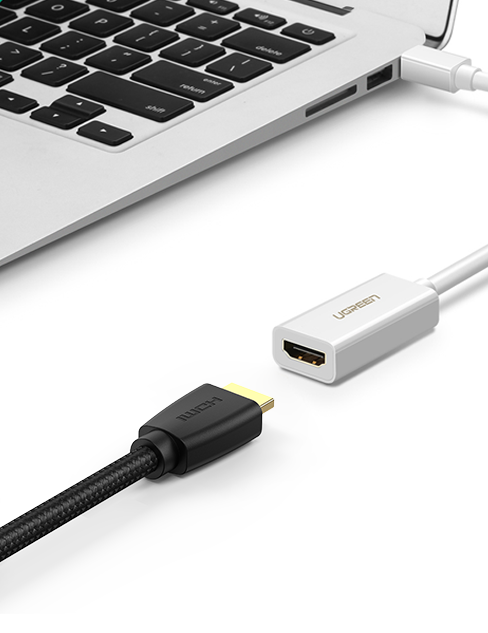 DP Alt Mode is the main reason that more recent devices don’t have Mini DisplayPort connections. They serve a similar purpose, but a USB-C connector is more versatile and universal.

However, not every USB-C port has DP Alt Mode capabilities, and not every USB-C cable follows the USB-IF standards. Be sure to buy your equipment from reputable companies. Non-compliant cables can damage your devices.

If you want a slightly more capable adapter, you can opt for a Mini DisplayPort to HDMI/VGA converter. This device will allow you to connect to new devices through HDMI and old devices through VGA. It should be noted that you won’t be able to use two devices at the same time with an adapter, you would need a splitter.

DisplayPort 101: What It Is And Why It Matters