If you’re a gamer, video and audio professional, or someone who’s looking to buy an HDMI cable, then you probably have questions about this technology.

“What does HDMI stand for?”

The HDMI interface is more and more widely used in audio avgnd video transmission. Let’s understand the history and details of the development of the HDMI interface, read on to learn more. 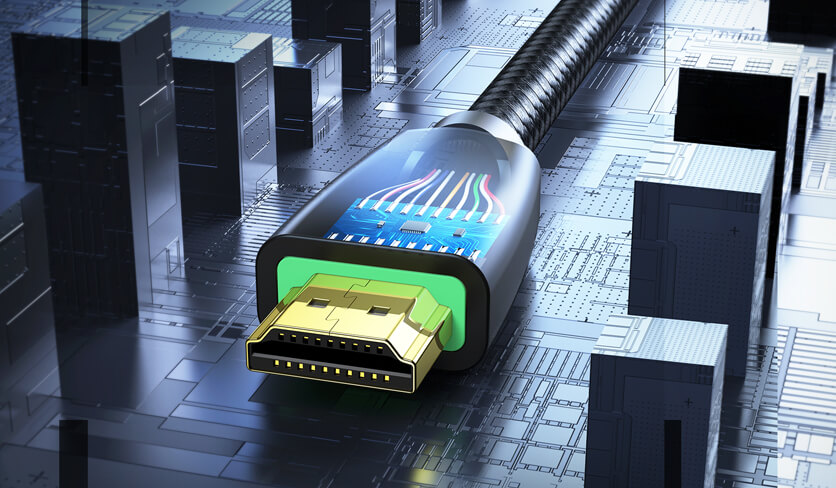 “HDMI” stands for “High-Definition Multimedia Interface.” This may seem like a complex term, but it isn’t. To put it in layman’s terms, this fancy definition simply means “this is a type of technology that will provide you with high-definition audio and video.”

If you’ve been looking up HDMI cables, you might have noticed that these letters are often combined with additional words or numbers.

Words coming after HDMI help you understand what type of HDMI interface you’re using. If there are numbers after HDMI, these refer to the version of HDMI you’re using. In the next couple of sections, we’ll explain how this works.

Both analog and digital transmissions travel through electromagnetic waves. In this way, they’re similar.

Depending on the frequency of these waves, you’ll be able to see an image appear on a screen or hear your favorite music.

However, these signals work differently from each other. Analog signals are made of continuous waves, and their values for amplitude and frequency can be anything. As a result, this type of signal is more prone to distortion.

The Problem With Analog Signals

If you’ve ever had to deal with radio static, then you know exactly what type of distortion we’re talking about.

The other issue that comes up with analog technology is that you need to have separate cables for audio and video. If you’ve ever used video-only analog signals such as VGA or DVI, then you’re familiar with this.

It might not seem like a big problem, to have to use one cable for video and then another one for sound.

But if you’ve ever lost a cable when you’ve invited some friends over for a movie night, you know how frustrating it is to have to dig through your big box of cables and wires looking for the right one. 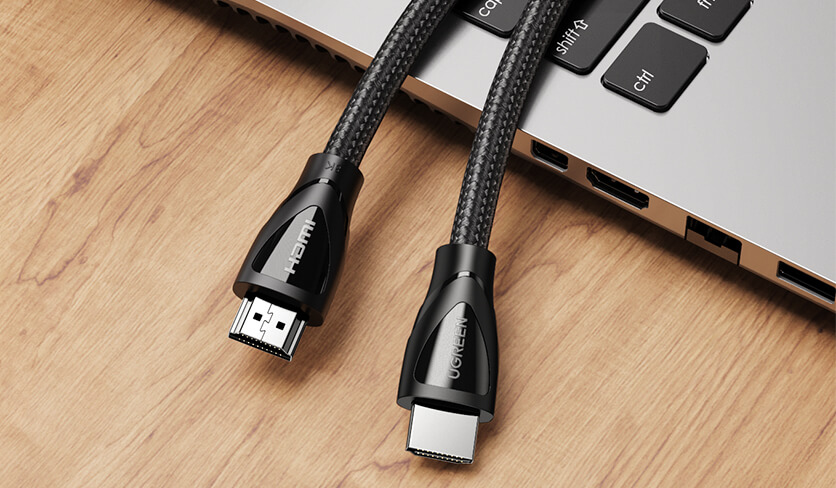 This is where HDMI cables come in as a great solution. HDMI can transmit video and audio at the same time, which simplifies the entire process. Additionally, HDMI has higher-quality video and audio because the signals are digital instead of analog.

With digital signals, they’re only made of two possible values: 0 and 1. As a result, it’s more difficult for the signals to be interrupted.

Considering the reliability of HDMI cables and how easy they are to use, they’ve become incredibly popular with modern technology. HDMI is widely used in laptops, televisions, and other screen-based technologies.

There are three different interfaces HDMI has. These are HDMI, MINI HDMI, and MICRO HDMI. In this section, we’ll cover how you can identify the HDMI type you need to match your device when buying HDMI cables. We’ll also cover how these different types of HDMI cables are commonly used on each device.

HDMI is the standard HDMI size, 13.9×4.45mm. It’s also known as the Type A HDMI and comes in both ‘male’ and ‘plug’ connector versions. This type of HDMI is mostly used with common devices and audiovisual equipment. For example, the Xbox, Blu-Ray, or TV.

To find where to plug the HDMI cable into, look for the sockets on your devices that are labeled TGV, Screen, Display, or Source. 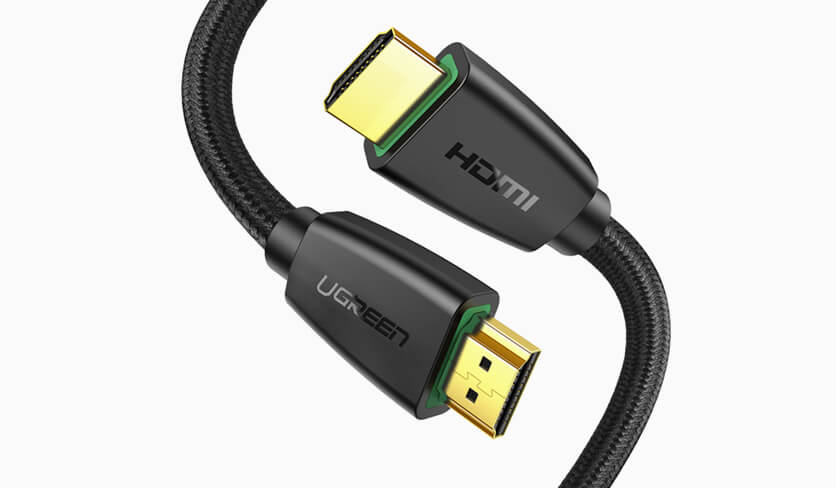 MINI HDMI is the smaller HDMI size, 10.42 x2.42mm. This type of HDMI cable is mostly used with smaller technology, such as a tablet or phone. To find the place to plug in your HDMI cable, you should look at the bottom of your device.

The shape of the plug-in area will be similar to that of a normally-sized HDMI plug, but smaller. 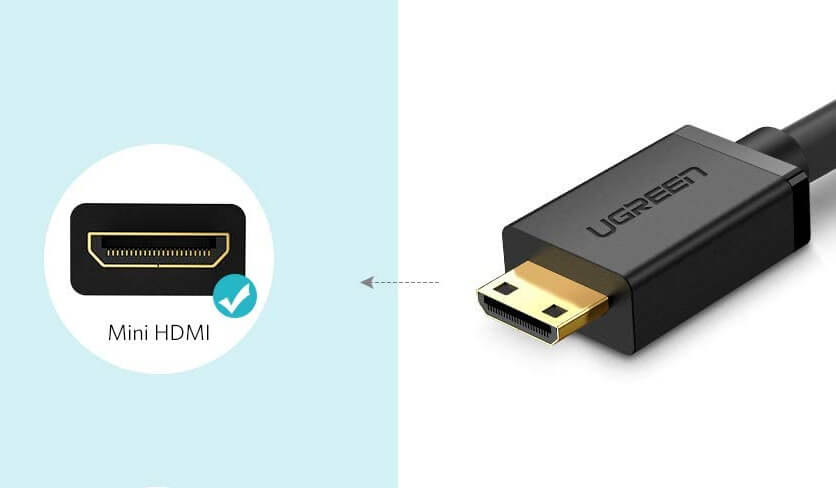 MICRO HDMI is the smallest HDMI size, 5.83 x 2.20mm. This type of HDMI cable is also used with smaller technology like a phone or tablet. If you have a Kindle, this is the type of cable you would use to charge it and transfer files to it from your computer.

HDMI in portable devices is becoming more popular. Usually, you can find the plug-in area at the bottom of your small device. The shape of the plug-in area will be similar to the mini-HDMI, but even smaller. 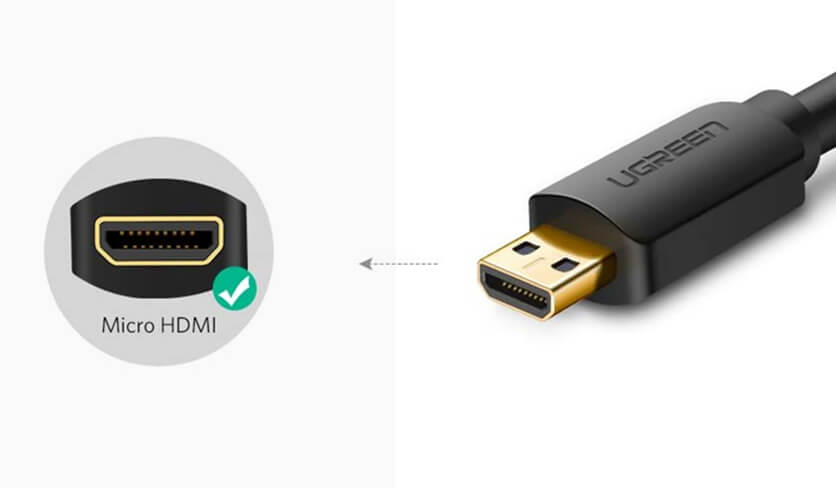 The first HDMI was released in 2002. Since then, many different versions have come into existence. It’s important to understand these different versions so that you know the characteristics and parameters of each version. This will help you understand how HDMI works and which type is best for you.

This version of HDMI—the original version—came out on December 9, 2002. It could transfer up to 8 audio channels as well as a digital video signal. Data was transmitted at a maximum of 4.95Gb per second. Additionally, the video could be transferred with 60 frames per second frame rate and with a 1080p resolution.

This version of HDMI came out in May 2004, over two years after the original HDMI. This had some updates and could now be used with DVD-Audio. Otherwise, the specifications were the same as HDMI 1.0

This version of HDMI came out in August 2005. There were many big changes that came with this update. Using the HDMI cable with PCs was now much easier. Additionally, the HDMI cable could now support low-voltage sources, for example, PCI express.

It also had One Bit Audio, which could be used on Super Audio CDs. It could also now support 720p at both 100 and 120Hz.

HDMI 1.3 came out in June 2006. This version had an increased bandwidth of 10.2Gbps. Additionally, it now could support more color resolution on each channel, supporting 16-bit, 12-bit, and 10-bit. The mini-HDMI, also called HDMI Type C, also came out.

It also introduced a refresh rate of 144Hz.

This version of HDMI came out in May 2009. This was a much more flexible version that could be used on many types of devices. One example of this is that there was now an Ethernet HDMI cable, which meant an Internet connection could run on it.

Additionally, because of the 30Hz update, there was now support available for 4K resolutions. The HDMI ARC, which we’ll cover later in this article, was also introduced.

HDMI 2.0 came out in September 2013. This was a huge transformation from the original HDMI. Features included support for a maximum of 32 audio channels, an increased bandwidth of 18Gbps, and a 60Hz refresh rate that supported 4K resolutions.

This version of HDMI came out in November 2017. It had a huge resolution, with 10K at 120Hz. It was also able to support 48Gbps bandwidth. Even though this is a very modern HDMI cable, it’s a bit different than the others in terms of plug shape, so it hasn’t been widely adopted yet.

HDR stands for “High Dynamic Range.” In Version 2.0a, which came out after Version 2.0, HDR was added. This was a big deal since HDR makes colors more vivid and natural. It also brings out highlights. When you use an HDR-powered HDMI cable, the overall image looks more delicate. As a result, this totally transformed visuals when it came to HDMI. 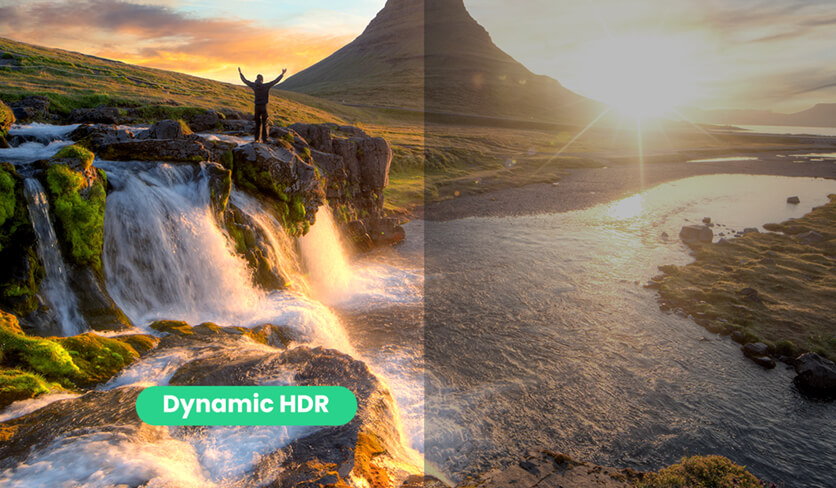 If you’re asking yourself the question, “What does HDMI ARC mean?” we’ll answer the question here. ARC stands for the audio return channel. The purpose of the emergence of ARC is to make the installation of the entire digital home appliances online easier.

This means that, no matter what sound system you have or what your setup is like, your HDMI will support it. If you’re a big gamer or love watching films with fancy setups like surround sound, this is a great technological choice. 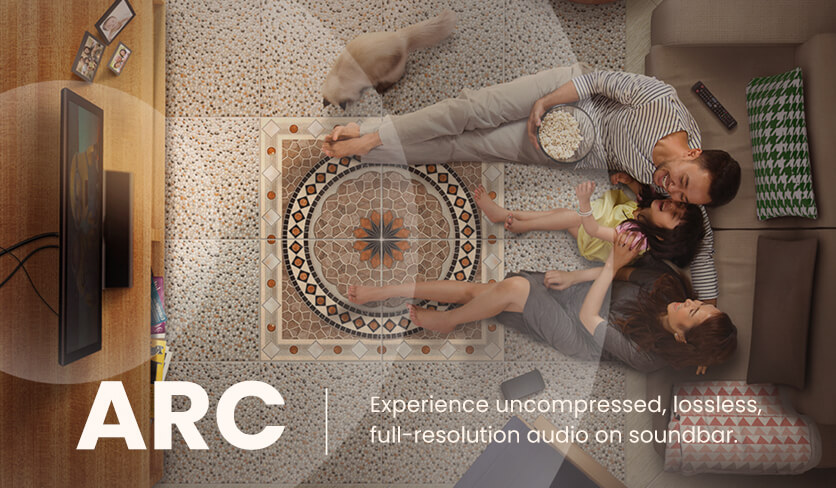 AWG means the thickness of each wire. It stands for American Wire Gauge. In HDMI, the thickness is 30AWG, 28AWG, 26AWG, 24AWG, 30AWG, and so on. If the rating is lower, then this means that the cable is thicker. This means it’s harder to twist around and can cause issues for you.

If you’re buying an HDMI cable, here are some tips you can follow to make the right purchase for you. For general users, we recommend you purchase:

This type of cable can basically meet all your needs as a general user.

For professional users of games, audio, and video, we recommend you purchase:

Keep this in mind, too. If the length is too long, such as above 10M, in order to achieve 4K image quality, we recommend you purchase:

Now, you know all you need about HDMI cables. You also know all about the different types of HDMI cables, as well as about their history and versions. You’ve also learned about HDR, ARC, and AWG and which HDMI is best for you.

What is HDMI? Basics of High-Definition Multimedia Interface