Whether you are building your own computer or setting up your home theater, you might have found yourself wondering whether to use a DisplayPort cable or an HDMI cable. The two options might be confusing if you don’t know what the difference between the two connections is.

This article will let you know what is the difference between the two standards and how to decide which connection is best for you.

Given how widespread the use of HDMI cables is, it is possible that the average person is not aware of DisplayPort. DisplayPort is HDMI’s main competitor in the audio/visual standards market. They are each produced by separate organizations and these organizations are each made up of many businesses that produce computers, TVs, and monitors. If you are interested in learning more about DisplayPort, click here. 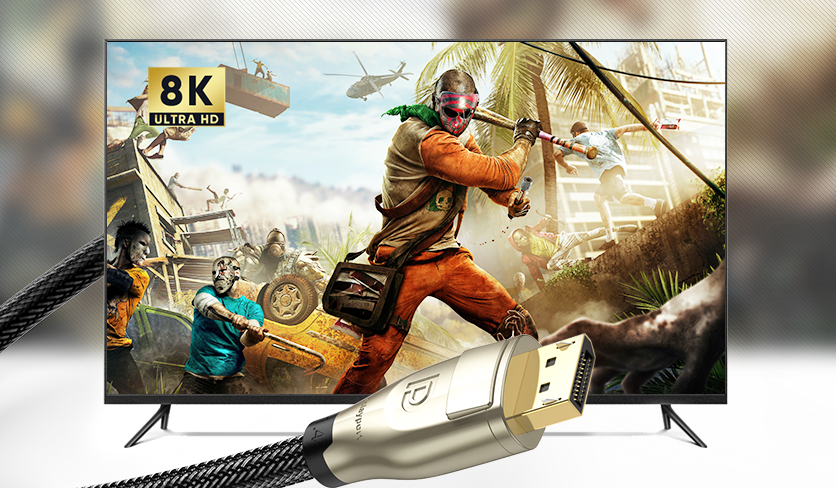 What Kind of Port Do You Have?

You can tell the difference between an HDMI cable and a DisplayPort cable by the shape of their connectors.

The DisplayPort connector is a rectangle with a small notch in the bottom corner. This notch is to ensure that you know which side is up and which side is down. There are 20 small metal pins in the connector that is responsible for transferring the information.

The HDMI connectors are shaped like a trapezoid. This helps you avoid plugging it in the wrong way. There are 19 pins and each pin corresponds with a specific pin in the port. To learn more about HDMI, click here.

Which Cable Is Better?

Ultimately, it is difficult to make a generalized statement about which one is better because it depends on the type of monitor you are using and which generation of DisplayPort or HDMI you are using. Still, we will provide an in-depth comparison of the two cable standards. 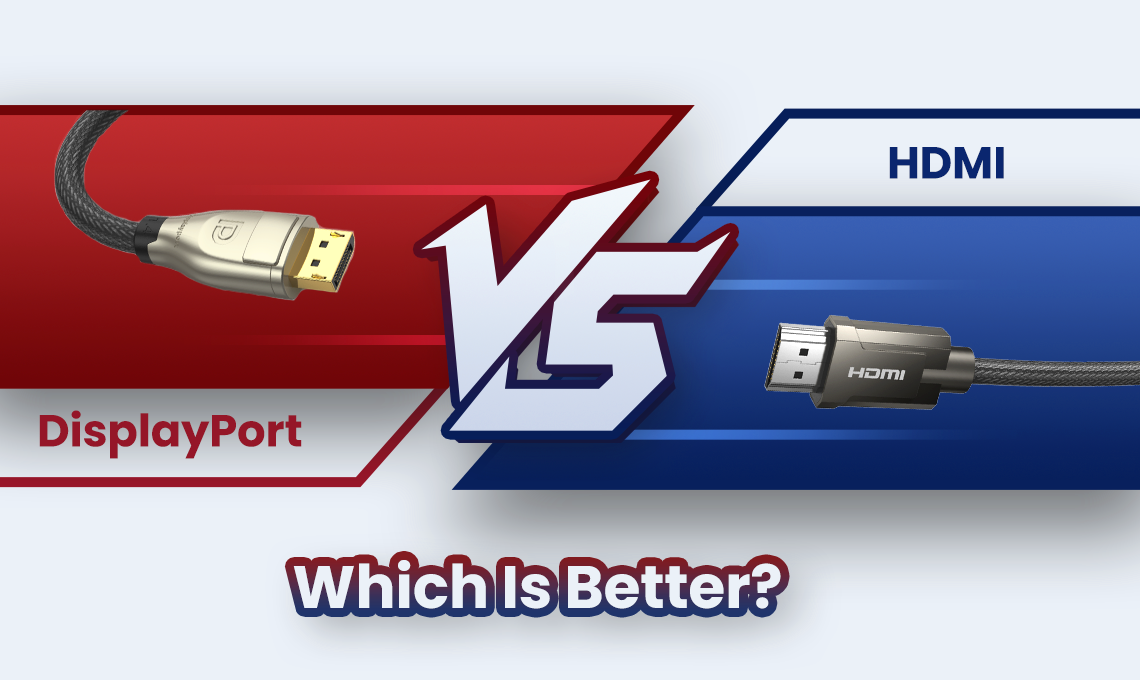 Many people see the resolution of a screen as the single number that determines the quality of the screen. However, refresh rate can be an important metric to consider as well since a low refresh rate will make the picture seem choppy.

DisplayPort 1.4 is the most common DisplayPort connection that is currently on the market. The connection offers ultra-high definition in 8K at 60 Hz or 4K at 120 Hz. DisplayPort uses visually lossless compression called Display Stream Compression (DSC). Basically, this means that it can easily make the video content smaller and easier to transmit.

DisplayPort 2.0 was announced in 2019 and products featuring the new connection were meant to be released in 2020. However, they were delayed due to COVID-19. The connection is going to 16K resolution at 60 Hz using its compression system. 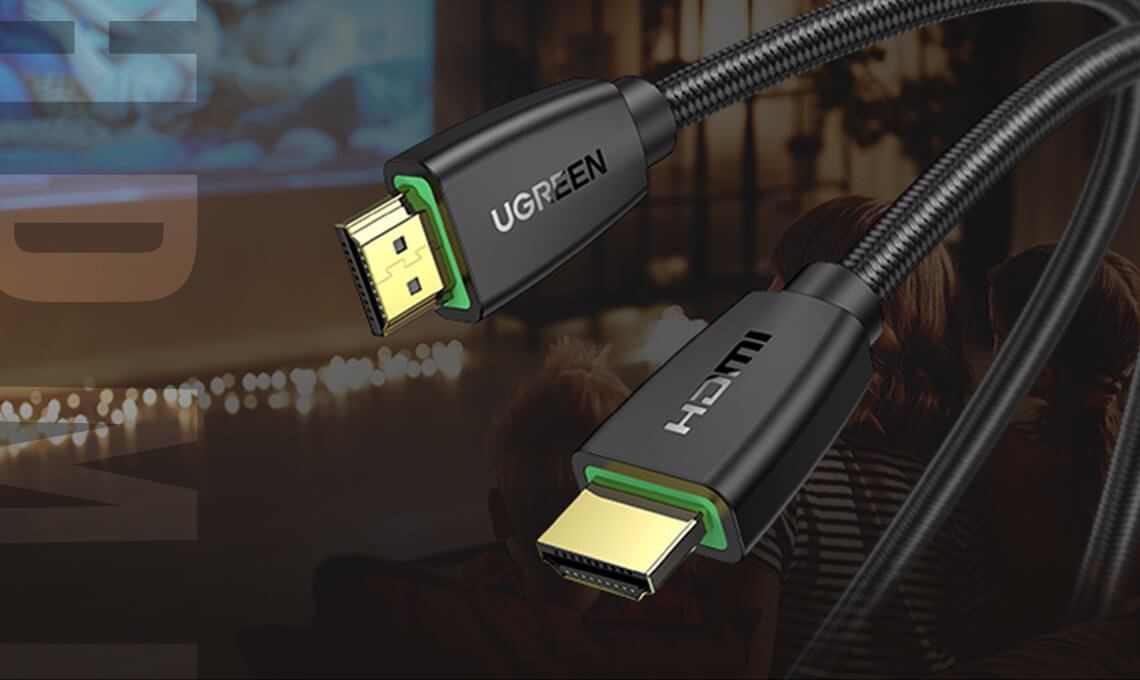 Bandwidth is the maximum amount of data that can be per second through a connection. Bandwidth is important because you might want to do something that would require extra information. Simply put, the maximum bandwidth determines what resolution and framerate at which the picture can play. For instance, when you are watching a 3D movie you will need more bandwidth than a 2D movie.

For now, the majority of high-definition TVs use HDMI 2.1 instead of DisplayPort. However, new TVs will be released in the coming months that will use DisplayPort 2.0 as the primary port. DisplayPort 2.0 is better than HDMI 2.1 in every way. Still, 16K resolution is a little bit overkill. You would need to have a large living room to buy a 16K TV that is also going to cost a small fortune. 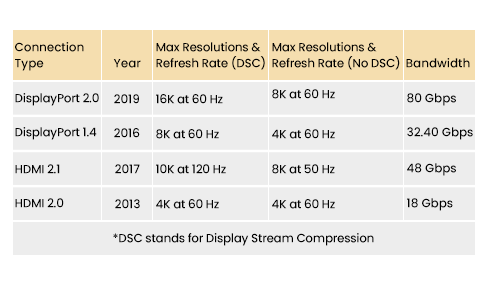 Weakest Link In The Chain

The reality is that it can be difficult to determine which cable you should use to connect your devices. The cable is less important than the port for the source of the video and the monitor. If you have a monitor with an HDMI 2.0 port and a display with an HDMI 2.1 port, the best picture you can get is the standards for 2.0 (4K at 60 Hz)

The truth is that most people don’t have much use for anything over 8K. Your average computer or projector won’t be able to use a new DisplayPort 2.0 cable. While it is fun to fantasize about a 16K display, the average person wouldn’t be able to fit that large of a screen in their living room. 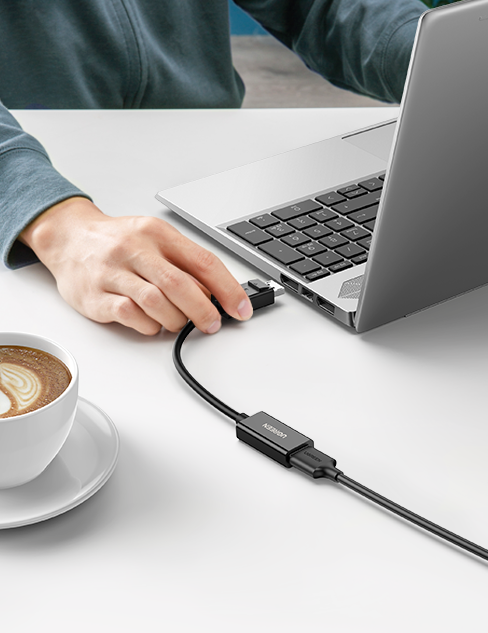 If you have two different ports you might need an adapter. For instance, let’s say you wanted to connect your computer’s HDMI port to your TV’s DisplayPort. For this, you would need a DP-to-HDMI adapter if you have an HDMI cable. There are also cables that can perform a similar function.

The short answer is probably not. Even though the next generation of DisplayPort is superior to HDMI 2.1, not many people need that ability to watch in 16K resolution. Most TVs on the market today are 4K, and there are very few 4K computer monitors available. If pixels were smaller, people wouldn’t know the difference. Moreover, most people can’t afford and fit a 200-inch TV into their home. On top of that, what would they watch if the main options for TV all have an HDMI connection?

While the standards for a DisplayPort 2.0 connection are amazing, it is unlikely that they will become widespread. However, if you do buy one of those gigantic new TVs, you will probably need to learn more about DisplayPort.

DisplayPort vs. HDMI: Which Is Better For You?