If you want to chart the history of 21st-century tech, there’s no better place to do it than with the evolution of Apple’s iPhones.

Digging below the surface and looking at iPhone batteries and chargers is a great way to see the trends that have unfolded over the years.

The difference in batteries and chargers from the earlier iPhone models is huge! In fact, the first iPhone’s battery wasn’t even designed for heavy-duty internet use. Its 1150mAh battery was deployed with that thing we all used to do with our phones in mind: talking. 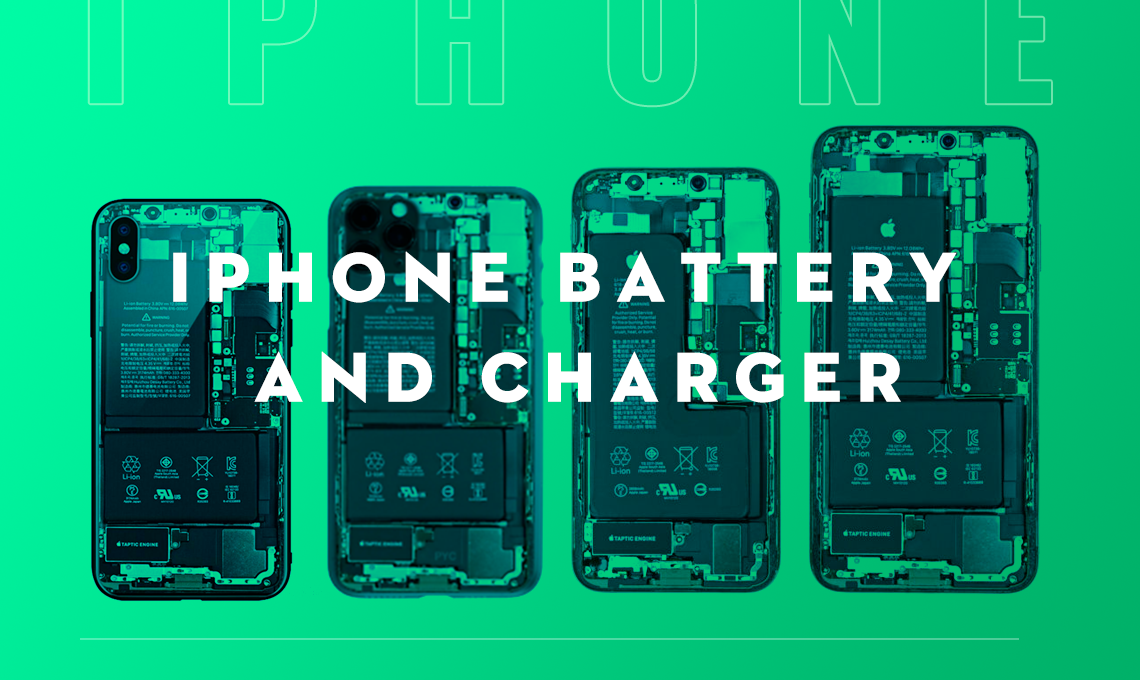 At the time, Apple’s first iPhone was revolutionary. But just 13 years later, it’s more of a museum piece. It can safely take its place beside the rotary phone and the telegraph as an invention that profoundly changed how we live.

So, let’s have a look at the evolution of the iPhone battery and iPhone charging through its different versions. We’ll see how Apple’s smartphone has gone from puny to MagSafe Charging powerhouse, from a little device for talking to a hand-held computer and entertainment hub.

We’ll also dive into why it’s important to be forward-looking when it comes to charging your devices, so that you get the right products to keep your iPhone in good working order. 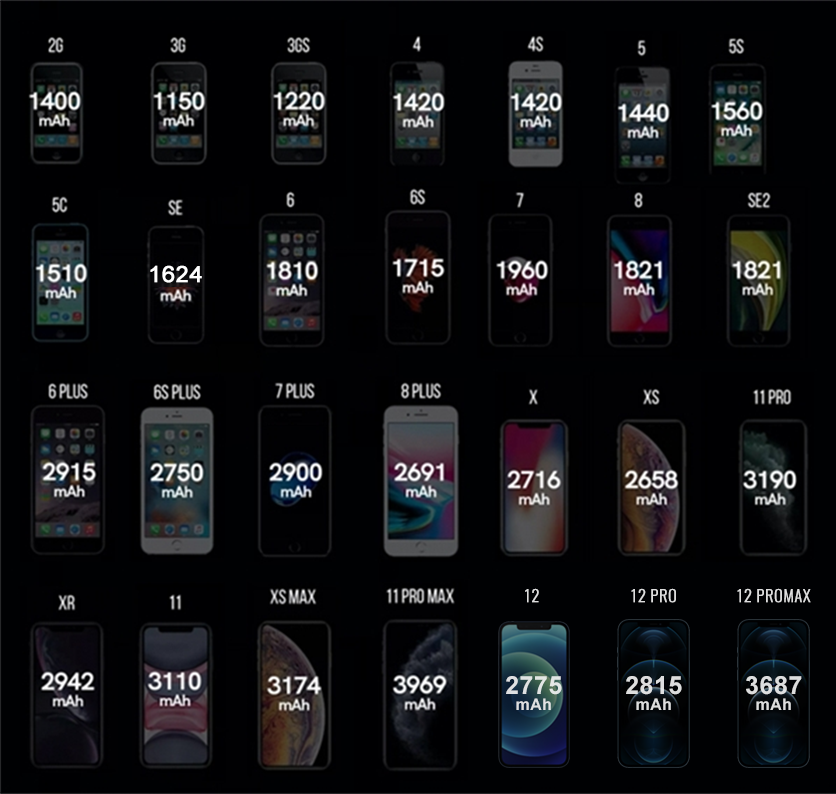 iPhone Battery and Charger Specs from 2G to 12 Pro Max

This first iPhone, also known as the iPhone 2G, was a groundbreaker, even if the camera was only 2.0 megapixels! The original iPhone was powered by a 3.7 volt 1400mAh lithium-ion battery, had a 5V1A charger and a 5W adapter. A 30-pin dock charger cable was the standard until it was replaced with newer technology on the iPhone 5. It only had a 3.5-inch screen with 480×320 resolution, so it wasn’t too power-hungry. 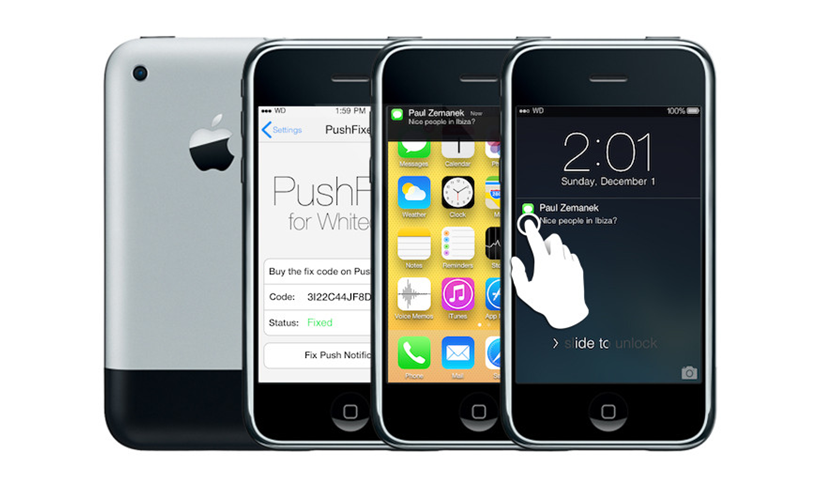 2008 is when things got a bit interesting in terms of battery tech. The second-generation iPhone actually had a slightly smaller battery with 1150 mAh instead of 1400mAh. The charger, cable, and adapter remained the same.

At the same time, Apple launched the App Store, which turned the iPhone – now enabled with 3G – into an internet surfers dream.

As time went on and people’s internet surfing habits changed from being PC–based to mobile, Apple’s battery size started to increase to meet the demand. The 2010 iPhone 4 came with a 3.5-inch 960 x 480 resolution screen, along with the introduction of the Retina display. In this period, the battery went from 1220mAh to 1420mAh. 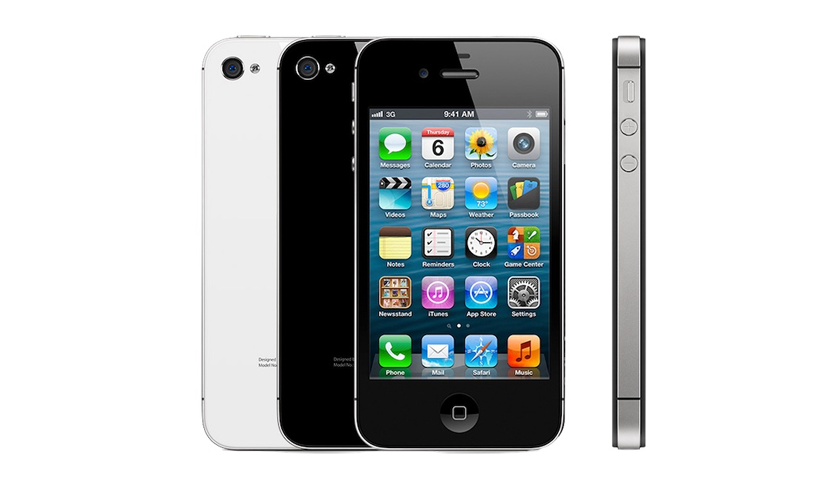 However, because of increased internet usage, the battery standby life went down from 300 hours to 200. As mentioned earlier, the cable, charger, and adapter provided with the devices remained the same; a 5W adapter, 5V 1A charger, and a 30-pin dock connector cable. 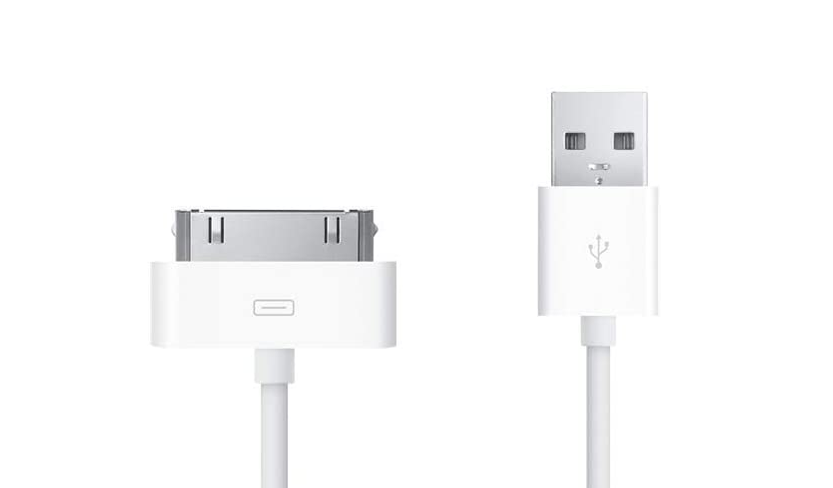 Ranging in size from 1440mAh to 1560mAh, these generations of iPhones, introduced in 2012, were the first to feature the new Lightning connectors and Lightning cables featuring 8 pins instead of 30. The concentration of pins and other USB technology allowed phones to charge much faster. 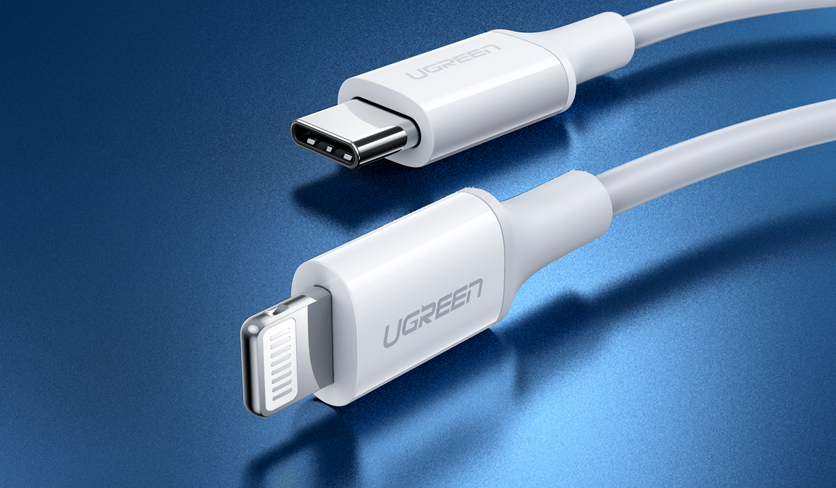 The demand to charge phones faster was due to people using their phones for way more than just calls and texts. “Standby” battery life was still being advertised as 200-250 hours, but changing smartphone habits meant that battery capacity had to improve.

Apple also expanded the screen size of the iPhone 5 from 3.5 to 4 inches, increasing the need to better battery capacity.

Here is where we start to see significant battery capacity increases, with the SE offering a 1624mAh lithium-ion battery, and the iPhone 6 coming with a hefty 1810mAh battery. All three of this generation boasted a standby life of up to ten days, or 240 hours. And that power was needed. Most users were seeing their iPhone as a hub for music, apps, games, photography, and more. The iPhone 6 Plus series also came with a bigger 5.5-inch screen with 1920×1080 resolution, on top of a 2915mAh battery to keep it running. It could support up to 2.1A charging.

2015’s iPhone 6S looked the same as the original iPhone 6, but there were significant upgrades in performance and battery life, on top of the introduction of two new power-hungry features: 3D Touch and 4K video capture. 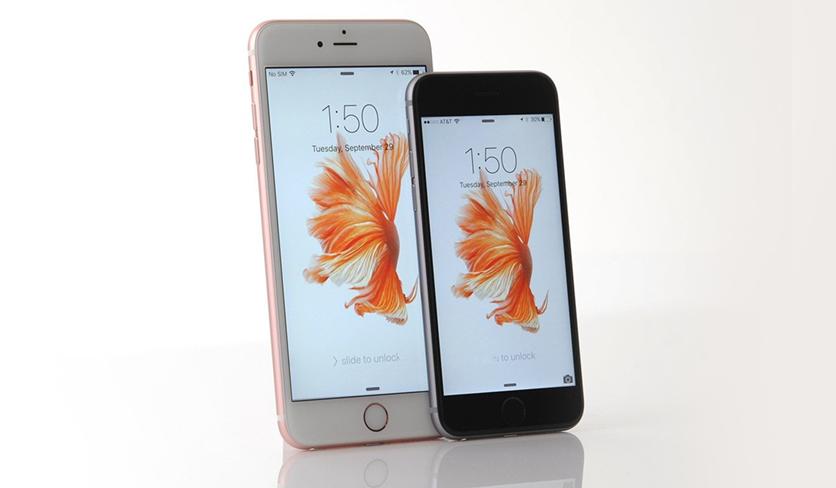 These phones were basic upgrades to generation 6; while the iPhone 7 had a 1960mAh battery, the iPhone Plus, battery-wise, was slightly less powerful than the iPhone 6S Plus. It was, however, very efficient with a 16-day standby life between charges.

The iPhone 7 Plus needed that extra power. With a new dual camera and the removal of the headphone jack making charging while listening impossible, extra battery life was needed.

Here is where we see the real changes happening, fast and furious! The battery power was 1821mAh for the iPhone 8 and 2675mAh for the more luxurious iPhone 8 Plus.

The batteries themselves remained more or less the same, wireless charging became standard with this generation. 5V 1A charging was still around, but 18W PD Charger was introduced for faster battery charging. 18W PD charging was a game-changer. It allowed iPhone users to reach 50% battery charge in just 30 minutes (as long as they also had a USB-C to Lightning Cable!) 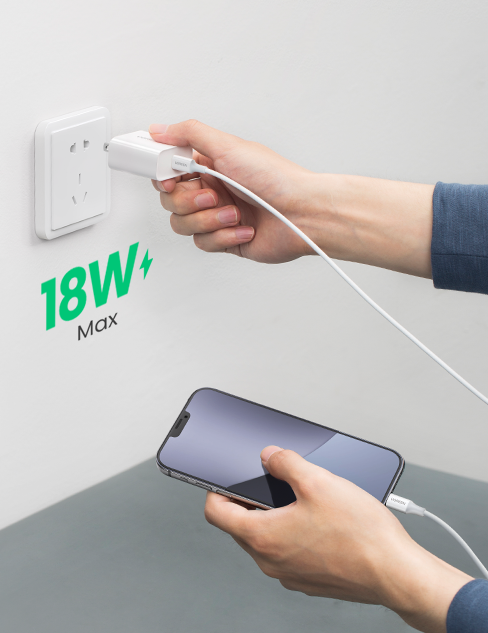 Qi, the up to 7.5W wireless charging standard, was introduced for this and the next few generations of iPhone.

iPhones jumped right from 8 to X, skipping the 9s altogether! One characteristic about batteries that disappeared was their small capacity. Those smaller than 2500mAh were replaced with better ones in this generation, ranging from 2658mAh to a whopping 3174mAh.

This shift again reflects how central our phones had become to our lives, as social media, streaming, music, and photography hubs. With edge to edge displays and full HD displays, the XS and XS Max needed all the power they could get.

Again, lightning cables were included with these smartphones, and 5W or 18W PD charging and adapters could also be used. With these iPhones, their fast wireless Qi-compatible charging was heavily marketed. 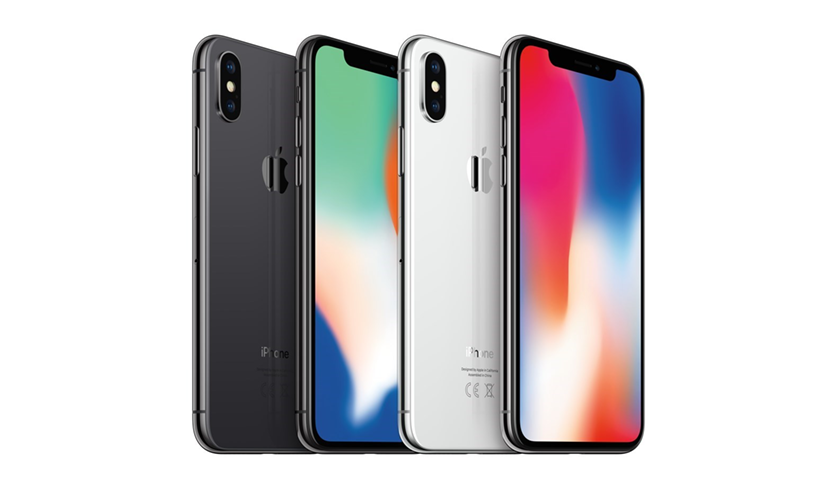 All models of this generation boast +3000mAh batteries, with the iPhone 11 Pro Max weighing in with a hefty 3969mAh. While no new charging technology was introduced here, the generation 11 iPhones were a hit with the public because of their Super Retina XDR displays and three 12 MP HDR camera lenses, which offered wide, ultra-wide, and telephoto photography.

Interestingly, the iPhone 12 actually has less than 3000mAh, but still weighs in with a good 2815mAh.

The story is the same for the Pro Max of this generation; its battery is also a bit smaller than that of the iPhone 11 Pro Max. This supposed decrease in power has been offset by the introduction of Apple’s new super-fast A14 processor, which provides greater performance with lower power usage.

One of the biggest upgrades is in the charging department, with Apple’s Magsafe technology – which is basically a magnetic puck that attaches to the back of the iPhone to transfer 15 watts of power. This latest system allows wireless charging at twice the speed of the Qi standard.

Improvements to 18W PD charging have brought 20W PD charging to the forefront, meaning that those who have compatible cables will be able to charge their devices even faster than before.

And don’t forget that the 2020 generation of iPhones was the first to come without a charger. You must buy one separately. This is a trend that will most likely carry on in the future: devices that can charge wirelessly will not automatically come with a charger or cable.

Apple would prefer that iPhone customers use Apple accessories, but you can always use ones from third-party providers, too.

But before buying anything, you should think ahead. Today’s charging technology may be backwards compatible, but it might not be forward compatible. For example, a 5W charger won’t effectively charge your iPhone 12, which really needs a 20W charger. Your phone will take hours to charge instead of minutes. So, unless you like to waste time and use your phone while it’s connected to a wall (just like at Grandma’s with her fixed-line telephone!), get the right equipment for the job.

You can use 18W PD charging on older iPhones, providing you have a USB-C to Lightning cable. But 18W PD or 20W PD charging with a 30-pin dock just isn’t going to cut it. Batteries and Charging: The Future

So what about the big picture? Year after year, we’re seeing batteries with more and more capacity to meet the needs of users that are more and more power-hungry.

Using a phone to surf the net and run powerful applications wasn’t really a “thing” when the first iPhone came out. Now, most people prefer to read on their devices rather than buying a newspaper. Just like they prefer to watch Netflix on the commute rather than looking out of the window. These modern habits demand power and battery technology is fighting to keep up.

But batteries can’t keep getting bigger. Otherwise, our hand-held devices would be too heavy to carry – just like the first cell phones from the 1980s!

A compromise is unfolding. On the one hand, we are seeing iPhones with relatively limited battery life but faster charging times. The past couple of years have seen chargers, adapters, and cables also step up and improve charging times dramatically.

Then there’s the latest mobile tech, which is reducing the need for powerful batteries by making our devices more efficient. Apple’s latest M1 MacBook Pro and Air are a great example of that.

We’re also seeing a trend towards universal ports, like USB-C compatible charging with the latest Apple and Samsung products. This is a convenient shift for tech fans and cuts down on the accessories you need to buy.

The future of batteries and charging looks like it’s going to be wireless, with smartphone producers phasing out cables in the years to come. In the meantime, you can rely on UGREEN to keep your batteries full!

Looking back at all of the previous iPhones above, do you have a personal favorite? Let us know in the comments below!

AppleFast Charging
You're all signed up!