Arriving in November 2017, the Nintendo Switch has been a triumph from the pioneering manufacturer. Combining the best of the former Wii console and the iconic GameBoy, it was a handheld for families and serious gamers. However, one of its few flaws is the charging time. 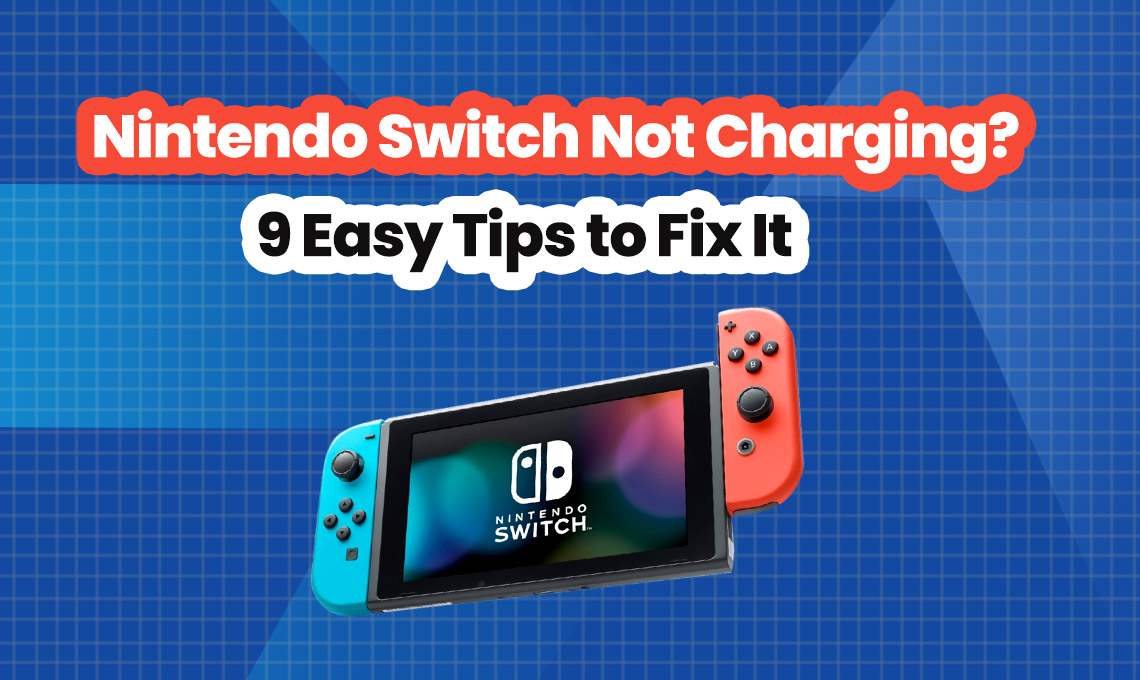 Even the new Nintendo Switch model has just 4.5 to 9 hours of battery life when fully charged. If you are facing issues with the Nintendo Switch not charging, we can help you identify the reason for it.

Check It Is Fully Charged

If you can’t turn your Switch on, it is often because the battery has been fully depleted. If you plug it in and nothing happens, this is normal. Even when hooked up to a charger the Switch may still take several minutes to boot up, as it fills its batteries with the necessary power.

The recommended full charging time is 3 hours, so plug the console in and leave it for a while. If the battery has been dead for a few weeks and you are booting it back up, leave it overnight. 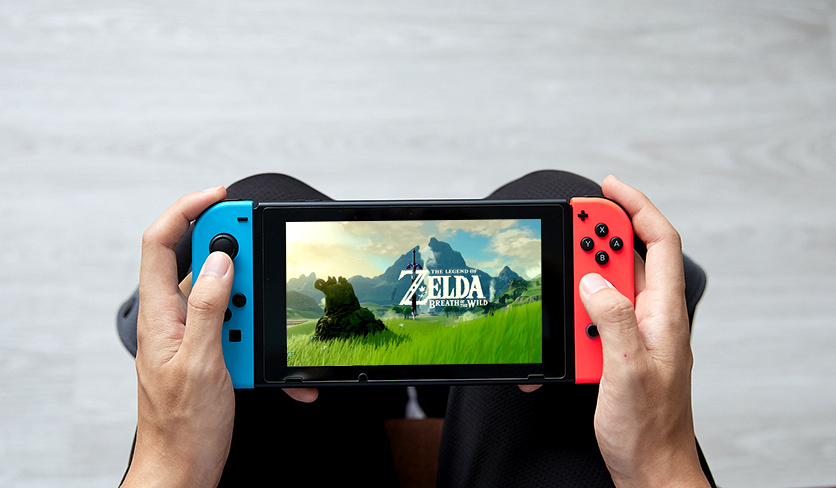 Remove the adapter from the Switch and the power outlet for around 30 seconds. Then plug it back in and see if it charges. Moreover, visible signs include wires that are loose in the socket. In these instances, the adapter is damaged and you should replace it with another power adapter for Nintendo Switch.

Note: Turn off the power before removing and disposing of the damaged adapter. 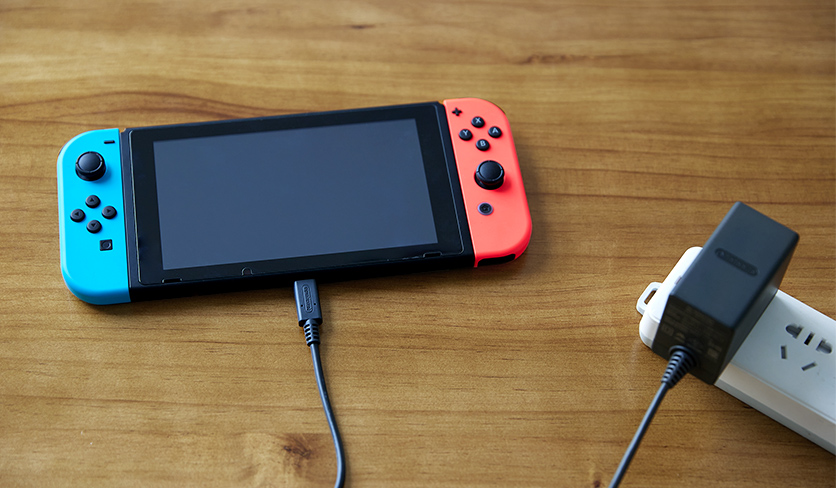 Your Nintendo Switch problems may not be anything to do with the device at all, but where you are plugging it in. Check the outlet by placing another device into it. If it fails to get a charge, then you know the outlet is the problem.

Take the Switch to another area of the house and try to charge it there. The former outlet may have a burnt-out fuse, so it is better to move to a different circuit. If you don’t know how to replace them or check for the problem, call an electrician.

Check the Switch Itself

When the Switch won’t charge, it may be a problem with the console itself and not the power adapter. Look around the unit to see if you have any dents or cracks in the console. Think about how you have been storing it, and if water could have got in or if the Switch is left in the sun may have impacted the device. Water can short circuit the electronics and if the batter gets too hot it can hurt it.

The next step is to look for corruption in your data itself, though it is unlikely this would cause charging problems. Go into system settings and scroll down to data management. On the right hand, click on all software and check for corrupt data, then delete any and reboot.

Lots of players prefer to charge their Switch in the dock provided. If you find yourself thinking “My Switch won’t charge!” and power it this way, it could be the dock. Make sure all the cables are attached and the dock itself has no damage.

As a family-friendly, handheld console, the Switch takes damage on a regular basis. If your Switch survived an encounter with a toddler, it still might have a dirty charging port.

Just like the charging ports in mobile phones, fluff and fibers from the environment can cause Nintendo Switch problems. Spray some canned air into the port to blast out anything that should not be there. 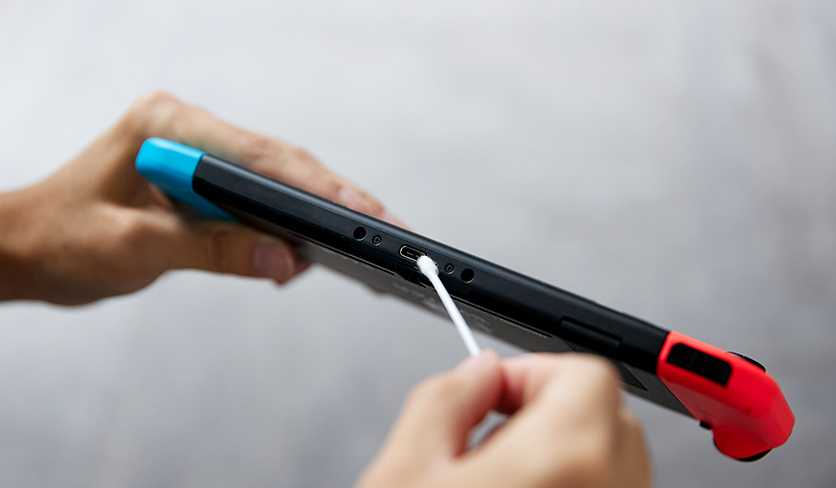 If you don’t have canned air, get a dry, pointed object. It needs to be a fairly soft material, like a toothpick. Gently scrape around inside the USB port to see if you can remove the rest of the debris.

Undo Any Hacks or Jailbreaking

The Switch is a complex piece of kit, from its physical design to the software that runs it. No matter how much you want to load on the complete Super Mario back catalog or play Sega Genesis ROMs, it was not built for this. Any hacks or jailbreaks can result in big problems, even creating charging issues.

The customizations you have done will have a specific method of removal, so consult the software owner’s website. Keep in mind that any of these actions invalidate your warranty, so you won’t be able to send it back to Nintendo.

If everything else fails to provide answers, then force resetting can fix some Nintendo Switch issues. If it works, it means the problem was that your Switch was frozen and there was no power supply issue.

Hold down the power button for at least 12 seconds. Let go, and leave it for another minute. Press the button once more to turn it back on after the forced shutdown. 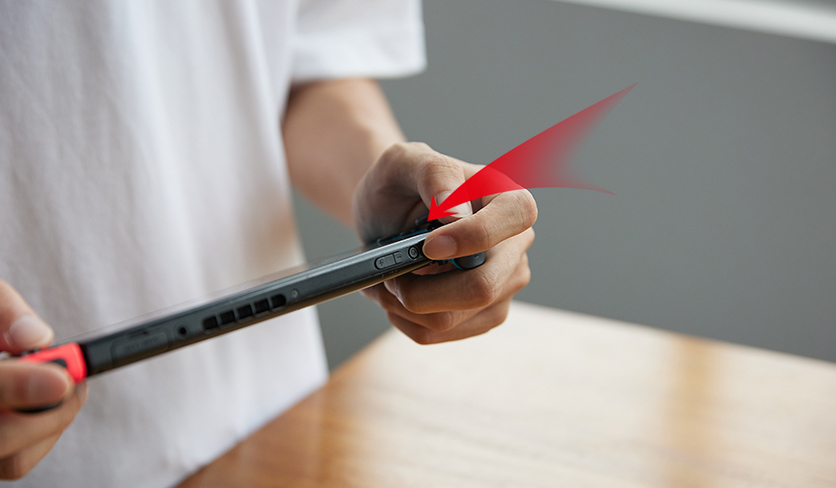 Get a Repair from Nintendo

If you have reached this point, then the end of the line is in sight. You have a serious Switch problem, and you need the assistance of the official Nintendo Switch troubleshooting crew. You can create a ticket and contact them here.

It is quite possible that at this point, they will ask you to return the console. Check it is within warranty and if not, ask how much the service will cost.

How Do I Fix an Incorrect Percentage Display?

A common fault is that the battery charge display or percentage indicator can show incorrectly. A way to tell when this happens is when your battery charge indicator shows 1% or a similarly low amount of battery life,  but you still get many hours of play with it.

You should start by letting the whole system charge for around three hours. After this, perform the latest system update, to at least 3.0.1. or higher.

Turn off any auto-sleep modes. Connect the adaptor until it says the system is fully charged to 100%.

When it reaches this, leave it for another hour with the power source connected. Turn the console on and let it display the home screen for around three to four hours.

Deplete the charge to system shutdown. Let it rest for 30 minutes then repeat the previous steps. Unfortunately, the steps for this solution need to be performed several times. It takes time and patience, but each time the battery indicator will improve its accuracy.

Can You Buy a Third-Party Adapter for Switch?

It is possible to get a thirty-party adaptor for the Nintendo Switch. Ones from major manufacturers are often extremely good. However, it is worth noting that it is unlikely the adaptor itself is causing the charging issues with your device.

The original Switch charger supports 7.5 watts and provides a power delivery of 39 watts. You should check the seller’s product page to see if the adaptor supports Switch.

How Do I Fix Being Stuck with a Black Screen Charging?

One common problem is when your Switch won’t charge, is when it gets stuck on a black screen charging screen. All this shows is the indicator for the low battery in the top corner. Even after a few hours of charging, it may still need some extra attention to bring it back to life.

Remove the joy-cons from the Switch. If the device is in a dock, remove it from this and charge it with the adaptor. After 20 minutes, turn the Switch off by holding down the power button for 12 seconds.

Let everything cool down, then turn it on again. You should now be returned to the home screen where you will be greeted by a message saying the device needs charging.

Nintendo Switch Not Charging? 9 Easy Tips to Fix It 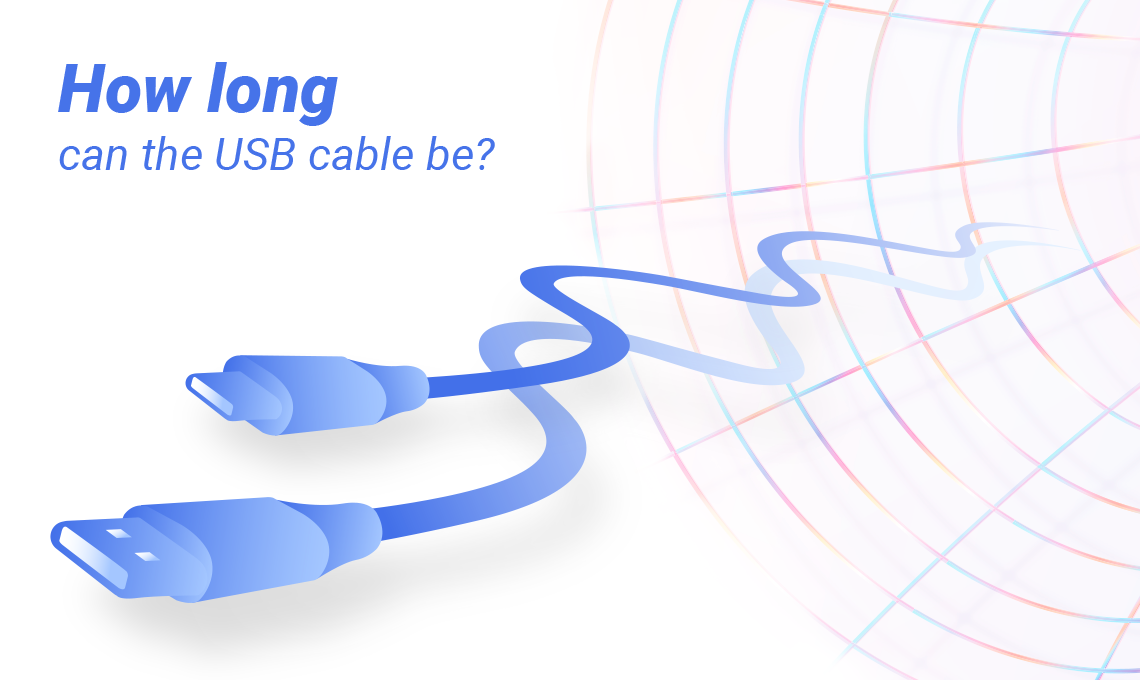 Tips & Tutorials
How Long Can the USB Cable Be?
If you have ever tried to run an extremely long USB cable, you might have encountered a problem. USB connections have length limits, if the connection is too long it won’t work properly. In this article, we will discuss what the limits are, why they exist, and how you can overcome them. The p.... 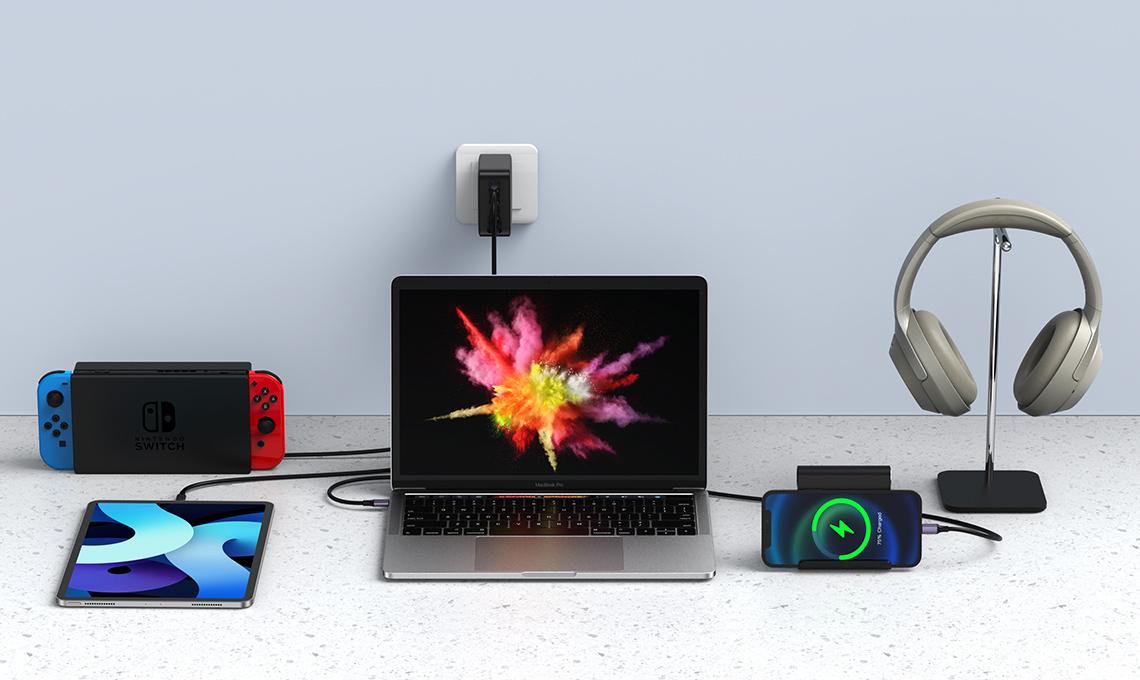 Tips & Tutorials
Why Do Some Chargers Get Hot?
You have probably been charging a device before and realized that your charger was getting hot. Something like a laptop adaptor might get so hot that it could catch fire. What makes a charger get so hot? Why do some chargers get hot and others don’t? If you want to learn the answers to these questio.... 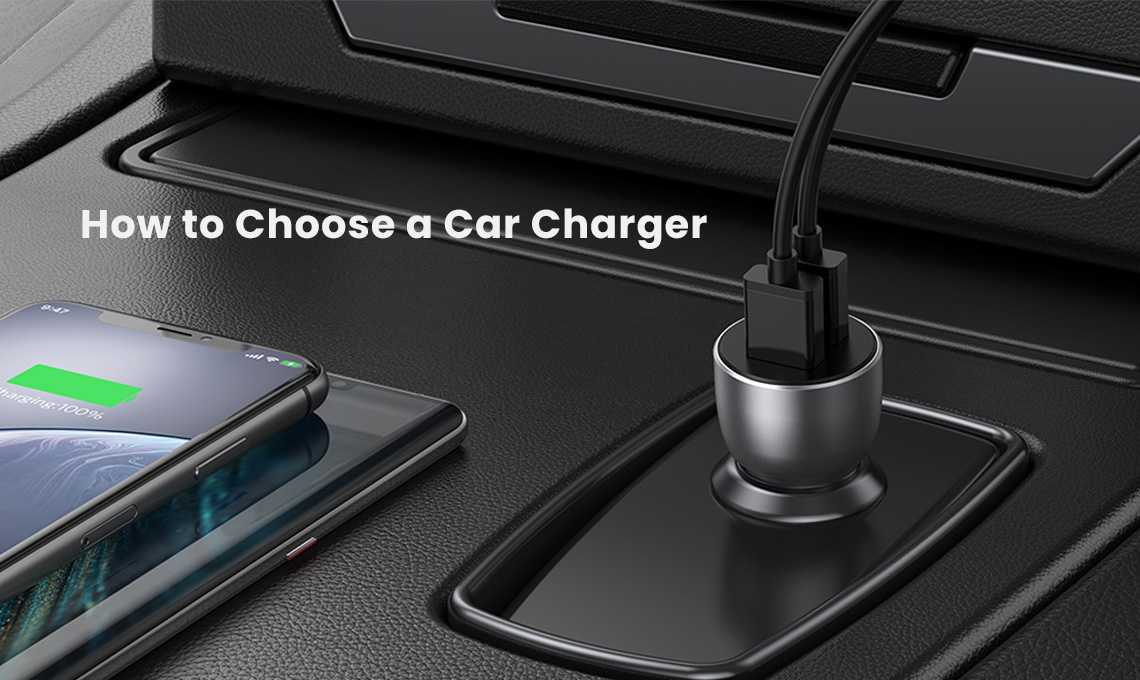 Tips & Tutorials
How to Choose a Car Charger?
Due to the pandemic, everywhere has become an office. However, more and more people are on the go as people learn to live and work in this new normal. These two factors make the ability to charge on the go more important than ever. Not every car comes equipped with a car charger and not all car char....

2 Replies to “Nintendo Switch Not Charging? 9 Easy Tips to Fix It”