In 2006, Nintendo announced the Wii and also declared they would be employing a “blue ocean” strategy moving forward. Simply put, Nintendo didn’t want to directly compete with Microsoft and Sony in the video game console market. Instead, Nintendo wanted to create their own market with a unique product.

The Wii was objectively a success as the sales of the console outsold the Xbox 360 and the PlayStation 2 combined. But, Steam recently opened their new Steam Deck console to preorders around the same time Nintendo’s Switch OLED opened for preorders. Does this mean that Nintendo’s blue ocean period is over and how can you maximize your new console? 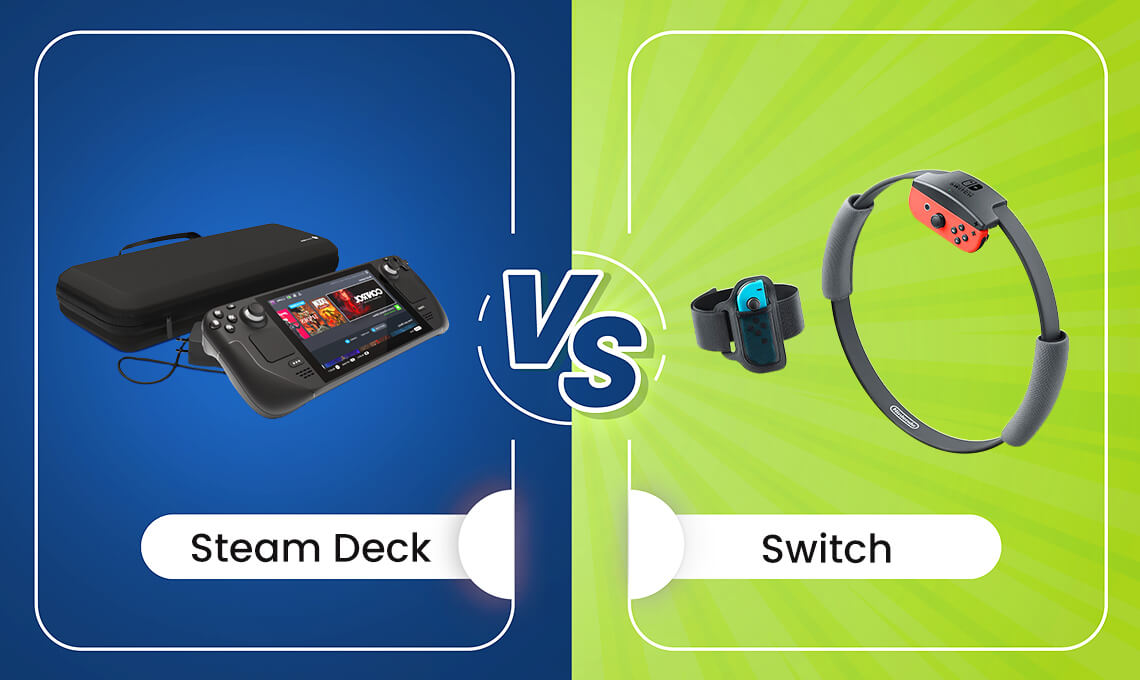 How Do They Stack Up?

Both new consoles are handheld devices which is why it is so easy to draw comparisons. However, it should be said that a direct comparison is not going to give a complete picture of what actually matters to gamers. The games on the console and how the console feels to play are. 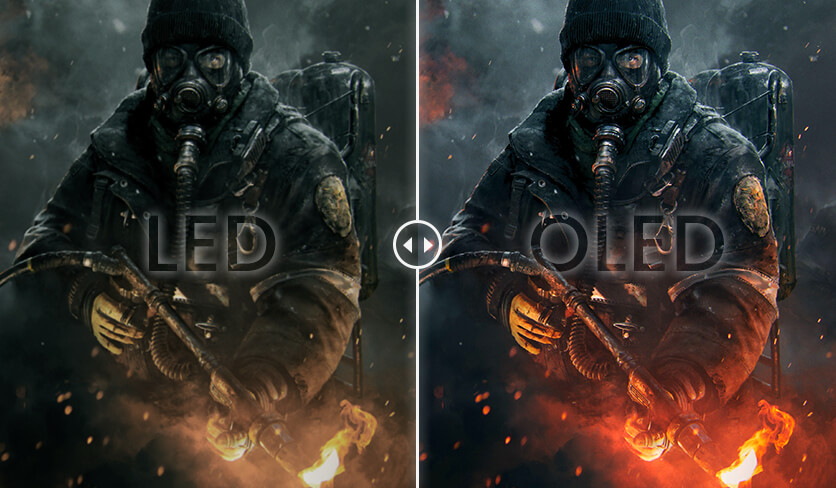 The original Switch only had 32 GB of storage, which means you were limited in what games you actually kept on your Switch. This is why the Switch features cartridges so you don’t need to keep the whole game on the device. This creates a need for storage options for the cartridges so you can take them with you on the go.

Still, the Switch OLED offers 64 GB of storage, just like the cheapest version of the Steam Deck. However, Steam Deck games will be stored locally so if you are going to play AAA games you will likely want to choose one of the larger storage options. The 512GB version comes in at a jaw-dropping $649 dollars.

While the original Switch would only get you 3-6 hours of but the more recent models, including Switch OLED, get around 4.5-9 hours of battery life. While this is more than the average gamer needs on a single use, some people were disappointed that the new Switch OLED didn’t improve on the Switch’s battery life. After all, the OLED screen should allow the device to conserve energy.

Still, the Switch OLED is much more energy-efficient than the Steam deck. Valve has stated that the Steam Deck’s battery lasts for four hours at 30 FPS and six hours at 60 FPS. There are games that will be much more demanding than Portal 2, given the game’s tight level design and limited NPCs. If you are planning to play a more battery-intensive game, like a shooter or open-world RPG, you might consider getting a powerbank so you can stay charged on the go.

Both the Switch OLED and Steam Deck come with WiFi as a standard feature. However, one thing that the Switch and Switch OLED both lack is a Bluetooth adapter. Many peripheral devices can provide Bluetooth through the audio jack or the USB-C port, and don’t worry about the latency, we have you covered. The Steam Deck also has an audio jack. So, whether you want to listen wirelessly or not, the Steam Deck has you covered. 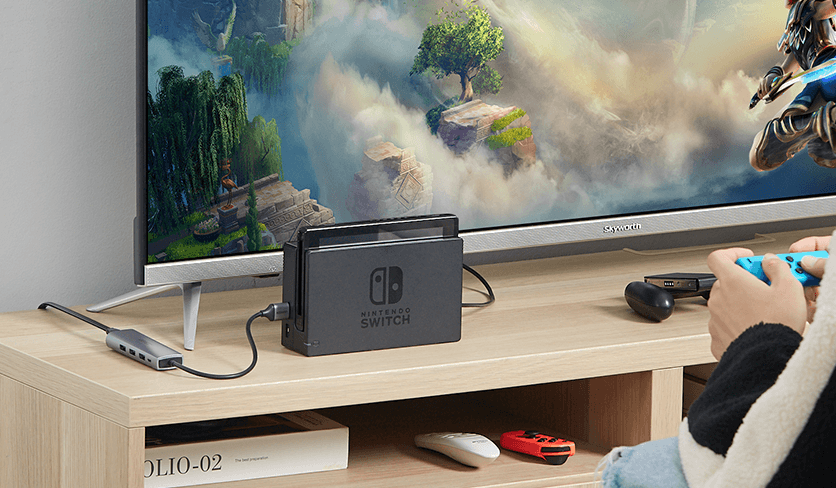 Both devices also feature a dock, which allows you to connect your device to larger screens or other devices. However, for the Switch and the SWITCH OLED, the dock is a standard feature and for the Steam Deck it costs extra.

In a traditional console war, the exclusive games can be the deciding factor in which console a gamer chooses to buy. With enough high-caliber AAA titles on offer, a gamer might even be enticed into buying both competing consoles. Because both the Switch OLED and the Steam Deck essentially exist in other forms already, no major games are being released with the new handhelds.

Valve’s Steam Deck is in the unique position of having the largest game library of any console at launch. Developer Pierre-Loup Griffais has said that Steam staff hasn’t found any problems with any existing game running on the Steam Deck. That being said, some games are played with a keyboard and so a fraction of the 30,000 games available at launch won’t be very fun to play on the deck. Still, 30,000 games available at launch is an impressive catalog.

The Switch catalog is almost the opposite, it isn’t so much diverse as it is in high demand. Nintendo owns some of the most iconic IPs in the video game world: Mario, Zelda, Donkey Kong, and most Pokemon. So, if a person wants to play games featuring these IPs they are going to have to buy a Switch or Switch OLED. The Switch OLED will feature all the same games as the Switch does now.

Blue Ocean Era Over? Maybe Not…

While memes regarding the two new handhelds make it seem like it is a choice between one or the other, this isn’t true. While the devices are similar, if someone played Nintendo for the games, they still will play on the Switch or the Switch OLED. The Switch is also more family-oriented, with the majority of the games rated E for everyone. The Steam Deck on the other hand, will be great for first-person shooter games and the various IPs that Nintendo doesn’t own.

Steam Deck Vs Switch: Trouble in the Blue Ocean?