Apple used its maiden event of 2022 to unveil a collection of high-powered devices.

Top on the list of the new gadgets are the revamped iPhone SE, the small but feature-rich Mac Studio, an upgraded iPad Air, and the Mac Studio.

Further, the company confirmed its next major iOS update for iPhone and iPad.

Dubbed iOS 15.4, this is a momentous update that’ll bring a collection of new features, security patches, and improvements to the iPhone and iPad.

The new beta rolled out amid a pandemic comes a slew of exciting upgrades, including a revamped FaceID that allows users to unlock their iPhones without removing their facemasks. IPadOS includes the much-anticipated Universal Control.

The most noticeable change in iOS 15.4 beta is the ability to unlock your iPhone while wearing your mask. Even though Apple rolled out this feature for iPhone and Apple Watch last year, it’s now taking things a notch higher.

When you boot into iOS 15.4 for the first time, it’ll ask you to set up your iPhone using Face ID with a mask. 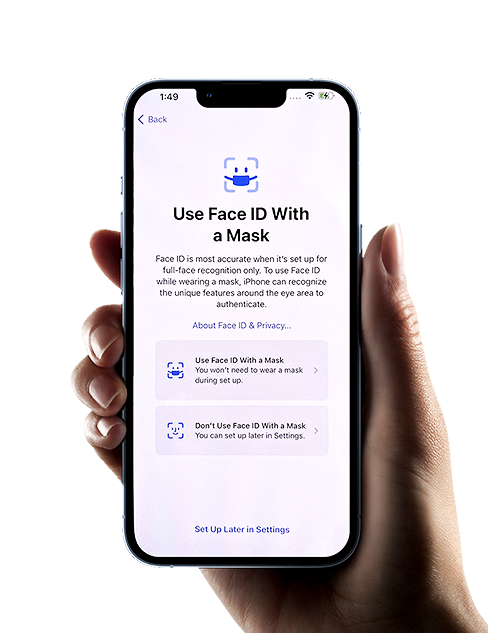 The new upgrade doesn’t rely on your entire face for authentication. Instead, it scans the unique features around your eyes to authenticate if you’re wearing a mask. What’s more, you can scan your face with or without glasses for improved accuracy.

Apple has an easy-to-follow setup guide if you want to enable Face ID support for wearing a mask. The process is similar to the Face ID set up for a new iPhone.

This intuitive feature enables you to control your iPad, Mac, or iPhone using the same trackpad, mouse, or keyboard. That way, you can drag and drop or copy-paste items between your Apple devices like iPad to Mac or iPhone to iPad.

Universal Control is active by default in iPadOS 15.4 and macOS Monterey 12.3.

You can enable Universal Control by heading over to Settings > General > AirPlay & Handoff.

The new upgrade ushers in a new American Siri Voice 5. According to Apple, the new voice isn’t openly male or female. Instead, it was recorded by an LBGTQ+ community member. 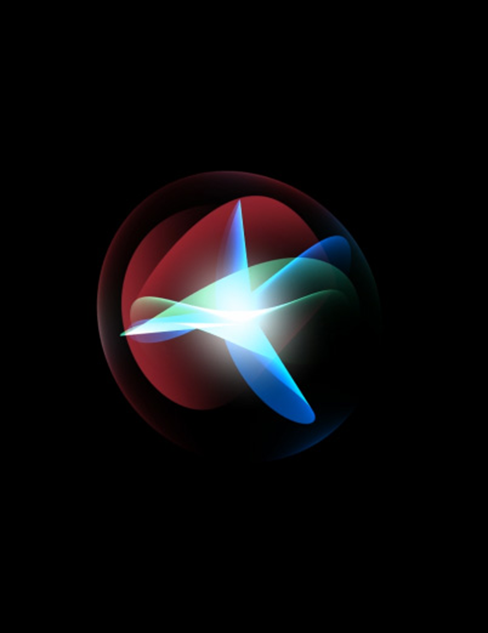 The new Siri voice marks another milestone in Apple’s inclination towards diversity. This trend started with iOS 14.5 last year when the company removed the default female voice and replaced it with the voices of two black actors.

iOS 15.4 and iPad OS 15.4 come with over 30 new emojis as part of the Unicode Consortium’s Emoji release.

You can now add notes to your iCloud Keychain passwords for the first time, thanks to iOS 15.4. Better yet, you can search your note strings via the search box. This new feature takes after the third-party password managers.

To access your Keychain entries, head to Settings and tap on Passwords.

The new feature is great if you’re struggling to manage your many passwords.

The iPhone 13 Pro introduced the ProMotion feature to the iPhone in 2021. The technology sought to adapt refresh rates and response times to the apps you are using, allowing your device’s screen to dynamically change its refresh rate to accommodate whatever is on display.

However, ProMotion’s support in apps was limited due to a Core Animation bug that reduced third-party animations to 60Hz.

First, you shouldn’t beta test either operating system on your primary or everyday iPhone or iPad.

If you’re a registered developer, you can head over to developer.apple.com/download with your designated beta testing device. While you’re there, download a developer beta profile.

Then, hover over Settings > General > VPN > Device Management to activate your beta profile. At this point, your iPad or iPhone will restart, after which you can head to Settings > General > Software Update to download iOS 15.4 or iPadOS 15.4, depending on your device.

If you’re not a developer, you can participate in public beta testing by visiting apple.com using your designated phone. While you’re there, head over to Settings > General > VPN and Device Management to activate your beta profile and wait for your device to restart.

Then, head over to Settings > General > Software Update and download iOS 15.4 or iPadOS 15.4, depending on your device.

Note – Public beta tests typically get beta builds a couple of hours or a day after the developers do.

While iOS 15.3 was mostly about bug and security fixes, iOS 15.4 and iPadOS 15.4 are set to bring a collection of exciting new features.

iOS 15.4 and iPad OS 15.4 are the milestone mid-cycle iPhone and iPad users have been waiting for, and by the look of things, Apple didn’t disappoint.

Well-thought-out features like Face ID mask support will appeal to the masses, while smaller updates like iCloud Keychain Notes will please a sizable chunk of iPhone users.

Another feature that’s worth upgrading for is Universal Control. The function is dead-simple to use, making iPadOS 15.4 brilliant and a welcome upgrade to Apple devices enthusiasts.

What do you think of the new features? Which one is the most appealing to you? Sound off in the comments with your feedback.

Tech Trends
How Fast can Wireless Charging be?
While wireless charging is pretty much in its early stages, the technology is evolving rapidly and is anticipated to take over in the next few years. A wireless charger works by creating a magnetic field that your smartphone or other device absorbs to gain energy. When you place your device o....