The September 14th  event delivered the news on the long-awaited iPhone 13 series of smartphones, iPad mini 6, and Apple Watch 7. However, the event failed to unveil Airpods 3 as expected. 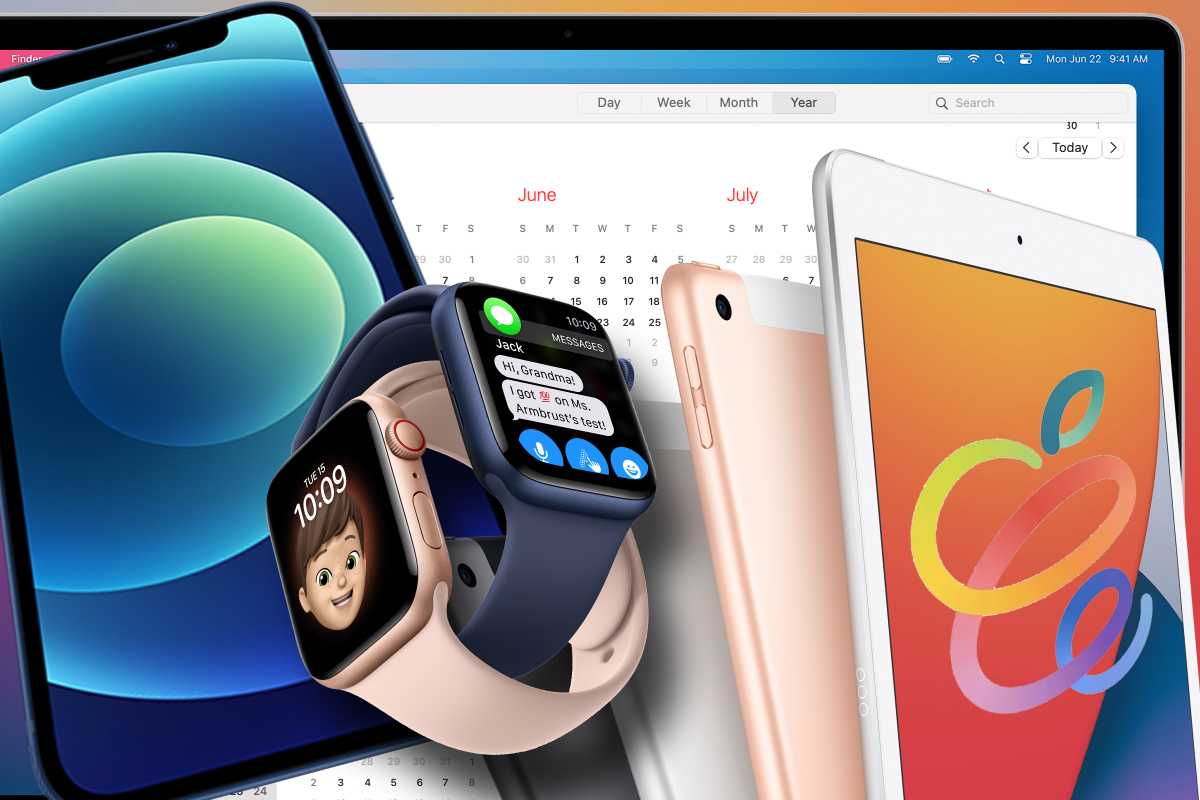 Here’s a quick summary of what was announced:

If you’re already excited, there is more. Here’s an in-depth overview of what makes these gadgets unique and the features to look out for:

As stated, the new lineup of the iPhone features a new A15 Bionic chip. They also come with a six-core CPU with two high-performance cores, a quad-core GPU, and four high-efficiency cores.

The back cameras have been significantly revamped with new video functions and wider apertures. 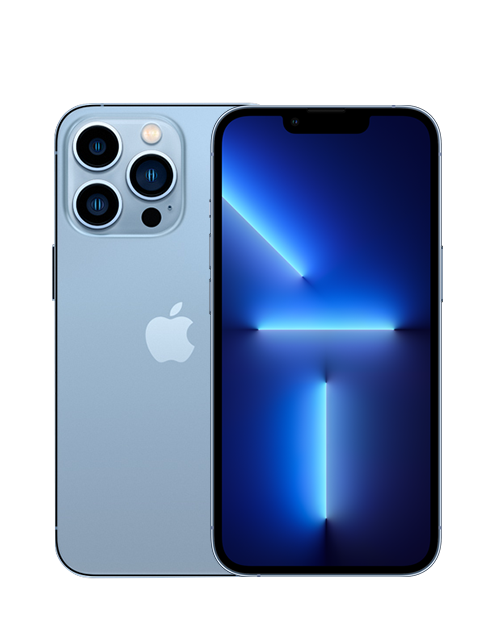 The most notable camera function is the Cinematic mode, which adds the professional-level “rack focus” to the phones. These features allow you to shift between focus subjects in a video. You can also tap on the screen to choose where to focus or hold down to zero-in on a subject.

The iPhone 13 Pro camera comes with a macro lens, allowing it to shoot a subject stationed less than an inch from the phone.

Further, Apple says it has upgraded the software that picks out people’s skin tone. Now, the camera can remember the warmth and tone filters you use.

Also, apart from being 5G enabled, the iPhone 13 boasts a longer battery life than its predecessor. It can, for instance, shift to LET when you don’t need to use 5G, saving battery power.

In addition, Apple is shifting from over-reliance on the internet by its devices. For instance, many Siri requests will be integrated on the device for the first time in a decade.

Other momentous iPhone 13 Pro highlights include:

The new Apple Watch 7 features a larger display with 20% more screen area than the Series 6. The dimensions haven’t changed much. The new watch still maintains the “softer, more rounded corners” with a wraparound touch on the sides. 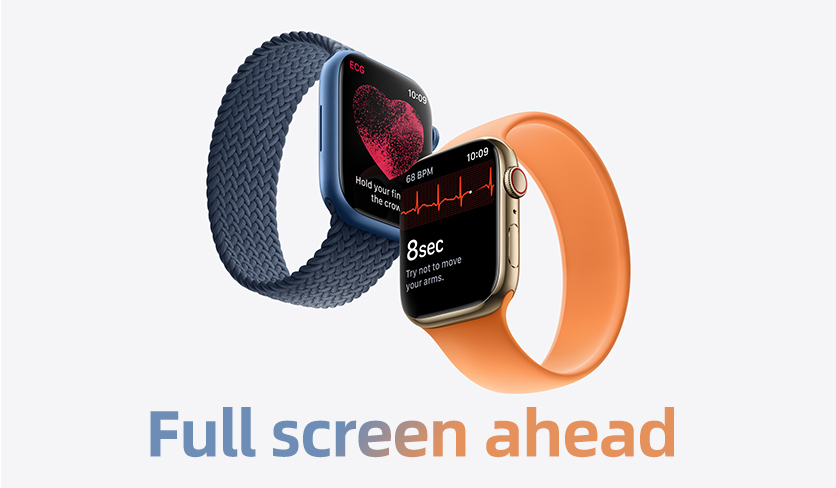 The bigger screen can accommodate 50% more text than last year’s watch. Also, the buttons are easier to tap.

The watches come in an array of colors and bands. You even get a new, faster charger. And, like the iPad, Apple says the watches use 100% recycled aluminum.

To keep you fit, the new watch has a meditation function that aims to help you with gratitude, kindness, and calmness meditations, updated weekly.

Meanwhile, the iMessage chat conversation allows you to start a workout with or against your friends. Up to 32 people can take part, and you’ll even know who’s ahead of you in a workout session.

The iPad mini scores big on aesthetics. It is thinner and has more softly rounded corners. It also has a bigger screen measuring 8.3 inches across. The Touch ID sensor is now on the outer rim to accommodate the bigger display.

The new iPad Mini doesn’t have a home button. It has a USB-C port at the bottom. In addition, the Mini has a Touch ID which is built into the power button like the iPad Air. At a glance, the iPad Mini resembles a giant iPhone. 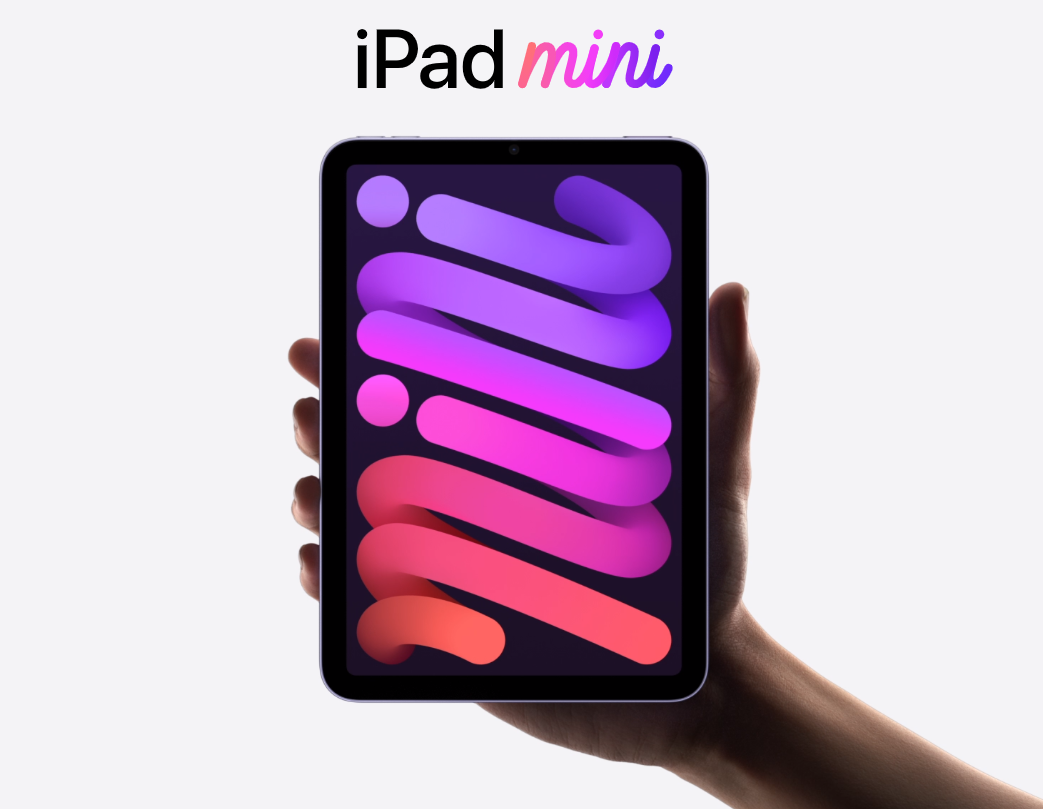 Its cameras can record in 4K, and you also get a 5G model. The iPad is compatible with the 2nd generation Apple Pencil. Even more impressive, you can charge the pencil wirelessly on the tablet’s side.

Apple iPads are typically portrait-oriented devices. They come with a front-facing camera at the top when you hold the device vertically. Also, the speakers are always at the bottom.

The iPad mini is different. Its selfie camera is at the top of the landscape orientation. Plus, you can listen to the added stereo speakers in the landscape.

Further, the iPad Mini supports 5G, which can pull down up to 3.5 gigabits of data per second.

The Mini is available in a range of colors too.

The base model iPad also got an upgrade too.

According to Apple, the new iPad Mini features an A13 Bionic chip, which is 20% faster than the A12 in all aspects, from the CPU and GPU to the neural engine. The display offers 20% more screen area than Series 6 and 50% more than Series 3.

Here’s what you get with new Apple devices:

The new upgrades promised to deliver a whole new experience for Apple product lovers. At UGREEN, we remain steadfast in our commitment to helping you make the most out of your new devices with our Apple Bundles. Check them out!