Android vs iOS, who takes the cake?

These two operating systems are by far the biggest players when it comes to the mobile market. In fact, Android has a whopping 72.45% share of the mobile operating system market. Its rival on the other comes in second place with a market share of 26.74%. A clear two-horse race!

So, what is an operating system anyway? And why is it important?

So what’s a mobile operating system? A mobile OS is a software that allows devices such as smartphones, tablets, etc to run programs and applications.

Now that we have an idea of what an OS is, let us take a closer look at the newest entries of the two biggest players, Android 11 and iOS 15.

iOS is a mobile operating system created by Apple exclusively for its devices. iOS powers most of Apple’s mobile devices.

iOS 15 is the fifteenth and latest release of the iOS mobile operating system. The release of this latest version of the iOS came about four months after it was initially announced in June this year.

iOS 15 is compatible with the iPhone 6s and every model released after. This means that your phone is eligible for the iOS 15 update if released from late 2015 to now.

Android on the other hand is a mobile operating system that is owned by Google and has been around for almost 15 years. You will find Android as the OS of a variety of phones and tablets around the world.

Android 11 is the eleventh major release of Android. It is additionally the most used version of Android with over 30% of Android phones having Android 11 as their OS.

Now let’s take a closer look at the differences between the two operating systems by comparing different aspects. The iOS 15 and Android 11 both have their own strengths, but it’s hard to decide which is superior. It all boils down to the user experience.

iOS 15’s interface looks fresh and right from the lock screen, you will notice the changes from its predecessor. For instance, it takes a similar approach to Android by blurring out the wallpaper which in turn puts more focus on the time and other buttons like the camera at the bottom.

The home screen has also seen the addition of the widget feature which always comes in handy in getting information out of applications with ease. 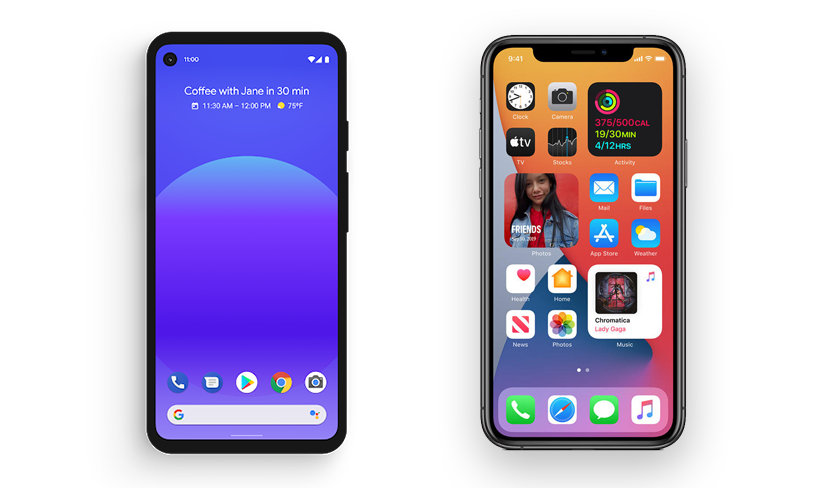 Also, apps such as FaceTime have seen a major revamp in design and functionality allowing you to video call Android and Windows users. Additionally, cool features like spatial audio, make the experience better as your friends’ voices are spread out depending on where they are positioned on the call.

Android 11 also comes with a cool UI that makes your phone more dynamic and easier to use. A noticeable change is the new power button menu which proves more useful. It now contains your wallet, emergency calling option, and smart home devices.

iOS is well known for the quality of its updates and the speed at which they release them. That’s why Apple’s WWDC every year can be so eye-catching.

The whole world gathered at this conference to discuss what amazing updates that the new OS brings to the users. The same cannot be said for Android. Therefore, for some Android users, it could take a while before they can be able to enjoy Android 11 OS on their phones.

The iPhone has been known to run faster and more efficiently than Android phones. One of the reasons for this major difference is the operating system. Since Google designs Android OS for a variety of hardware devices, it cannot fully optimize the OS for a specific device. Unlike Apple that optimizes its OS for a handful of devices that it designs in-house.

Secondly, Apple’s A-series chips are way ahead of even the best Android phones’ chips hence the difference in performance. iPhone 13 models use the A15 chip, which sees improved performance and speed from the previous A14 chip.

Both Android 11 and iOS 15 have been well optimized to get the best performances and speed. There is not much difference in speed especially when you compare them to their respective predecessors. But overall they both offer great performances. If you want to learn more from a side-by-side comparison of the major players, you can read about it here.

When comparing Google play store and Apple store, the most popular apps are available on both stores. However, when it comes to tablets, there are more apps specifically designed for Android tablets. Apple is also stricter about blocking some of the Apps from their store which is good for overall quality. However, for the most part, the Apps you want will be available on both.

Android has always come on top in terms of customizability. Apart from using widgets, placing shortcuts, you can go further by changing your entire User Interface using launchers. As much as Apple introduced more support for widgets from iOS 14, there is still a long way to go to get to Android’s level of customizability.

Apple has always prioritized its users’ security and privacy. Apple states, “Great features should not have to come at the expense of your privacy. iOS 15 provides increased visibility into how apps access your data, protects you from unwanted data collection, and gives you more control over what you choose to share.”

Android 11 also ensures its users are safe by giving them more control in deciding what information apps can access. Therefore, they have features like ‘one-time permissions’ whereby apps will need to request permission after each session. Or ‘Permissions auto reset’ whereby if you have not used an app for a while, Android will auto-reset its permission for you.

Integration with Desktop and Other Devices

iOS 15 comes with some cool features like SharePlay. The Apple TV app works with Facetime and Messages so that you can watch movies together with friends from their iPhones, Mac, or Apple TV. While watching the movie you can still communicate through text, video, or audio.

Besides, Apple has the hand-off feature which allows you to copy some text on your iPhone and paste it on your iPad (Of course, they need to be logged in as the same Apple account). This is one of Apple’s best integrations.

Android supports screen share functions hence you can mirror your smartphone’s screen to a tablet or smart TV. Android 11 introduces Android Auto, a feature that instantly connects your phone to your car’s display. This feature is great for drivers since it allows them to perform various actions hands-free so that they can focus on the road.

Both Operating systems provide NFC support allowing you to make contactless payments when making a purchase. Of course, there’s more than that in this day and age. With a phone in hand, you can use NFC to check in on the subway or pay for the snacks at 7-Eleven. Actually, NFC is more powerful than you thought. If you wanna know more about NFC, leave a comment here and let us know 🙂

In conclusion, both Android and iOS are always looking to come with cool new features. Android brings to the table cool features like guest accounts, expandable storage, better file management, and split-screen options. iOS on the other hand offers facetime with improved features, iMessage, hand-off where you can copy on iPhone and paste on iPad, etc.

That said, there is no clear way to say which mobile OS is superior as it all falls down to your preference. Let us know which OS is your favorite in the comments. 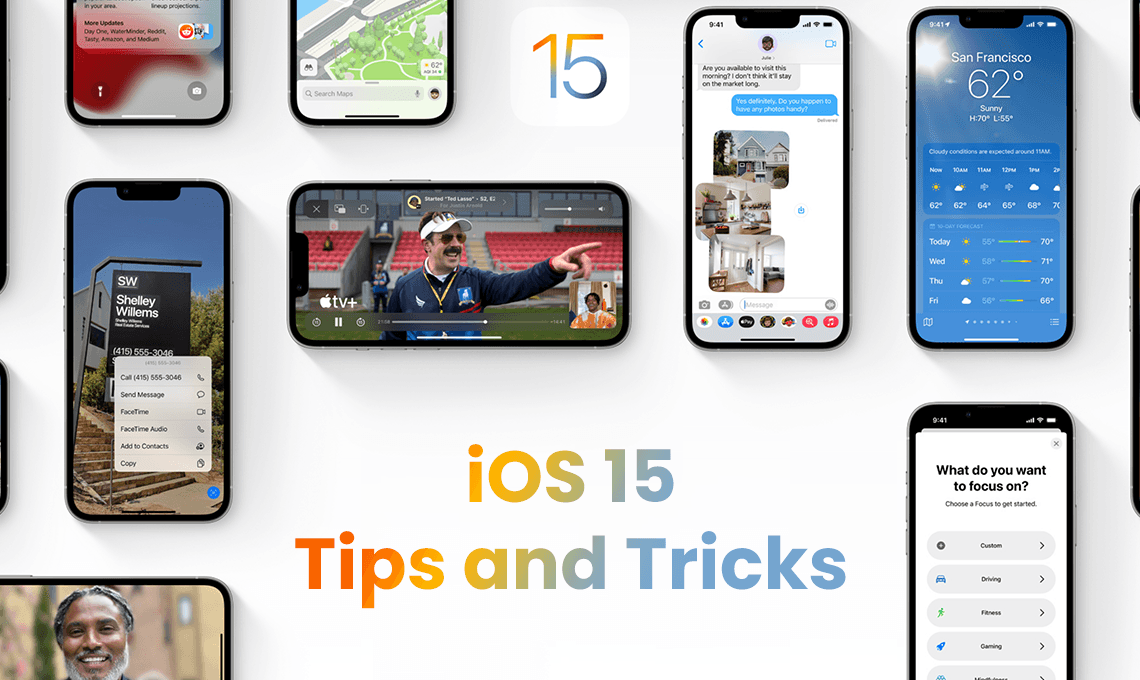