If you keep track of all things tech, you’ll know that Apple’s events come with big product announcements. Read on for a breakdown of the rumors, speculations, and possibilities of Apple’s Spring event.

A Brief History of Apple Events

As a company, Apple is unashamedly unorthodox. It should come as no surprise that the Silicon Valley giant has an approach to events and product launches that’s different from other heavy hitters of the technological world.

Rather than exhibiting at E3 or CES, Apple prefers to host its own show, usually a few times each year. These are live-streamed to hordes of Apple devotees around the globe. 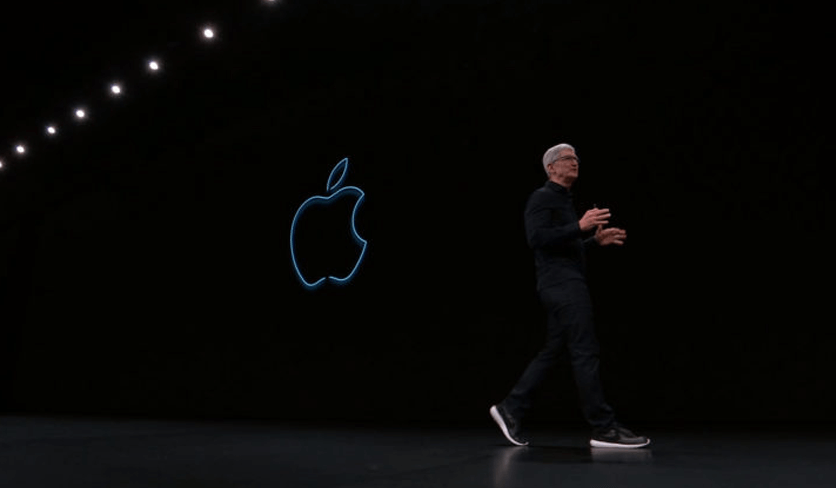 In a normal year, Apple normally stages 3 or 4 events, including one in March. This year, the prediction game became even more exciting, since stages of the event grief on the timeline were like March 16th, March 23rd, and finally, unknown in April, according to the almost-flawless mock-up invite @Jon_Prosser  tweeted that it’s delayed, after promising to shave his eyebrows if Apple doesn’t hold the event on 23rd. 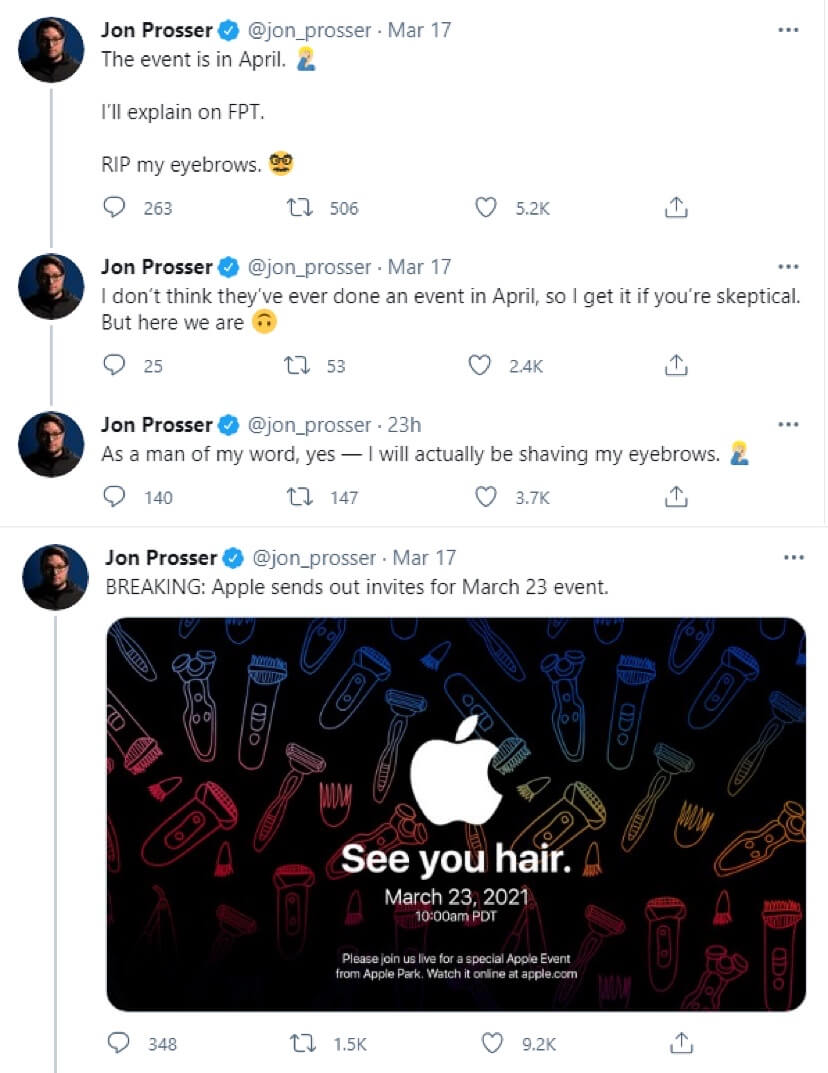 However, the enthusiasm of Apple fans does not seem to have diminished at all. Wondering what to expect? Read on for a rundown of the current product predictions of Apple’s Spring event.

What Products are We Expecting from Apple’s Spring Event?

Of all of the potential product launches Apple could make, a new iPad seems all but certain at this point. A new 12.9 inch iPad Pro will be released first, followed by the 11-inch iPad Pro. 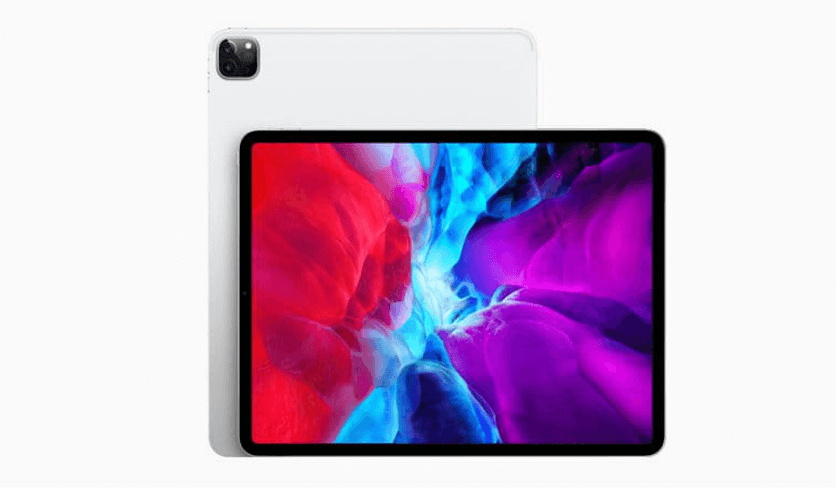 The most obvious upgrade for both the 11 and 12.9-inch versions of the iPad Pro would be a move to Apple’s blisteringly fast A14 chip. Couple this with 5G capabilities and a new and exciting mini-LED screen, and you have an Apple device worthy of the 2021 tablet crown.

Mini-LED has several advantages, including deeper blacks, higher contrast, and a more power-efficient operation when compared to the OLED (organic light-emitting diodes) displays found in most flagship devices.

In terms of design, if the rumors are to be believed, Apple is changing very little of the 2020 iPad design for the latest update. And with how gorgeous a machine it already was, that’s no bad thing!

Related article: How to Choose the Best USB-C Hub For Your New iPad

Apple’s first foray into the personal tracker market is finally here! It feels like we’ve been hearing about AirTags for aeons at this point, so it’s something of a relief to know we will finally be able to get our hands on some soon!

AirTags make use of both Bluetooth and Ultra-Wideband technology to help the more absent-minded and loss-prone among us. You simply attach one of these bottle-cap-sized devices to anything you might misplace and then use the Find My App to hunt down your wayward possessions. 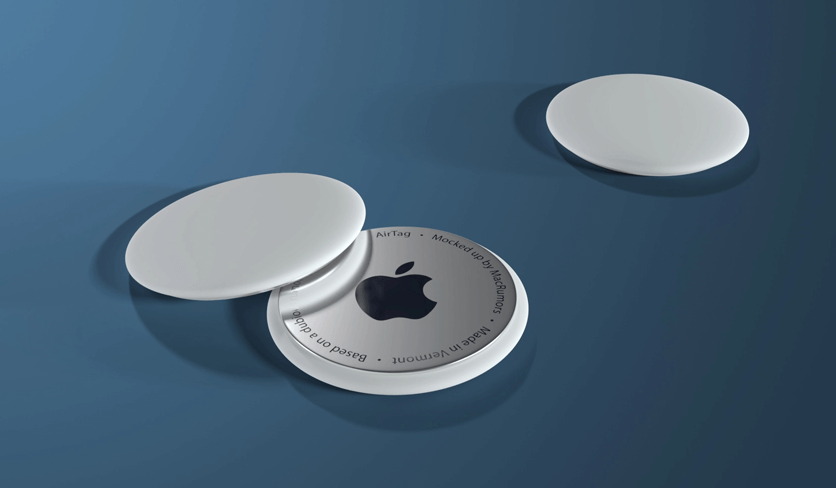 AirTags are designed to compete with similar products such as Tile trackers and are predicted to cost less than $50 each.

A new version of Apple’s entry-level True Wireless Stereo (TWS) headphones is expected, complete with a new design and form factor that, according to this Bloomberg report from October, will be closer in appearance to the AirPods Pro.

The new AirPods 3 will feature an in-ear design with silicone ear tips, that are similar to the earphones offered by other manufacturers such as Samsung.

The leaked pictures suggest AirPods 3 will retain the familiar stalked design of the AirPods 2, but the stalks will be shorter and result in a more compact experience. It looks like an important change will be user-replaceable, in-ear tips. The AirPods 2 have a fixed, one-size-fits-all approach to your inner ear. AirPods 3 will have greater flexibility.

The charging case has been redesigned. It remains 21mm thick but is now 46mm tall and 54mm wide.

It is not known what if any changes will be made to the technology inside the AirPods. Still, we think it is unlikely that features such as Active Noise Cancelling (ANC) will be included, as these are already present in Apple’s more premium headphone offerings.

Apple may include support for its MagSafe line of quick-attach accessories.

If you like the sound of all that, you may not have to wait too long! At first, it looked like Spring might be the time, but now reports have put a potential launch date for Airpods 3 at some time in Q3 2021.

The Apple TV streaming box is due a revamp.

As much as we love Apple TV, the remote control system left a lot to be desired, so we are hopeful that the update will include some level of redesign there. Plus, there’s a possibility that you will be able to use the Find My app to hunt down your Apple TV remote if you ever misplace it. 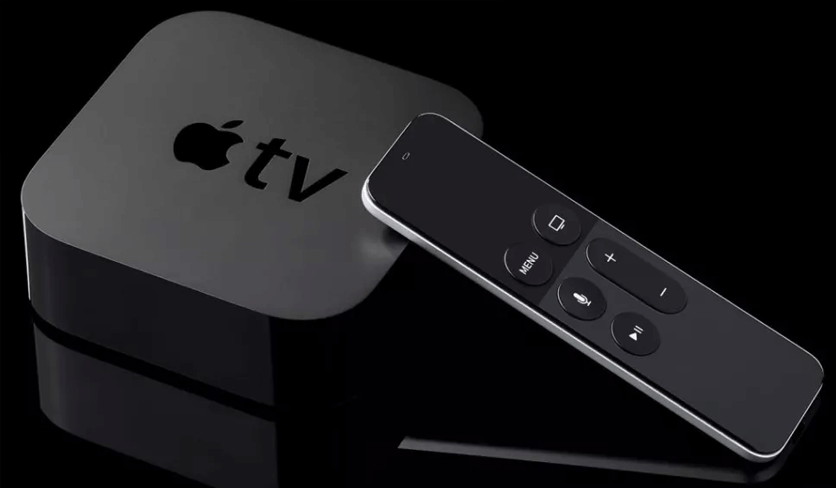 Interfacing with tvOS feels a bit sluggish in comparison to the user experience of the rest of Apple’s line-up, so it would make sense for Apple to focus on improving the internal hardware of its Apple TV streaming box above anything else.

The iPad Mini update schedule has lagged behind the rest of Apple’s product line-up, having remained the same since the 2019 update.

Several trusted leakers (if that isn’t a contradiction in terms) claimed last year that 2021 would see the iPad Mini 6 getting some much-needed love and attention in the form of a new iteration. This information was corroborated by another blog, MacOtakara, in January.

The latest model of the iPad mini is expected to come with a much larger 8.4-inch screen, and it is probable that both lightning and touch ID will remain. According to Macworld, the new iPad Mini 6 could include Apple’s latest A14 processor, bringing up to the level of the iPad Air in terms of computing power.

The classic iMac design has been with us for a decade. And now that the iMac Pro has been discontinued, Apple’s desktop offering could feature the new M1 processor, a Pro Display XDR, and be available in a number of colors. 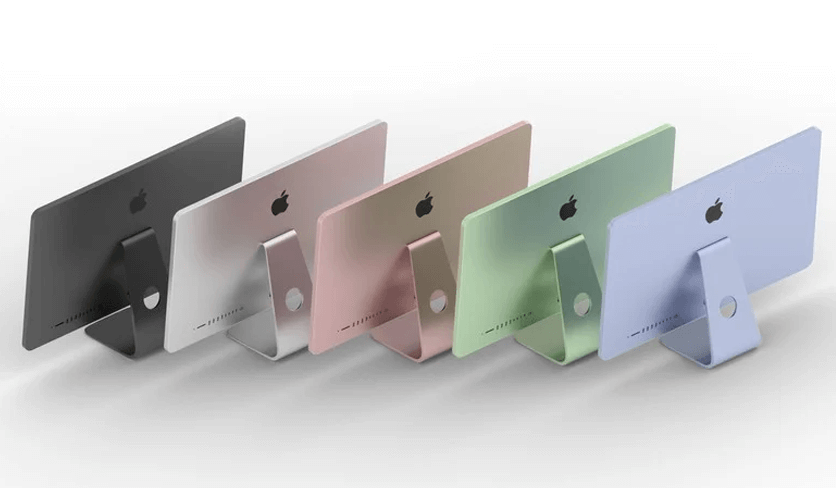 Countdown to the event

As with previous March events, this year’s spring offering from Apple seems likely to focus on upgrades to existing product lines (with the exception of the Apple AirTags) rather than new product launches. If the rumors are believed, Spring of 2021, at least for Apple, is going to be about iterative evolutions, not ground-breaking revolutions.

Remember: unless you take your information directly from Apple, anything you read (even from us!) is going to be speculative. All signs point to the aforementioned products and changes, but we have been surprised before. Anything can happen.

Regardless of what the Apple Spring event brings, one thing is certain: You’ll be wanting some top-of-the-line accessories to complement all of the new tech Spring will bring. From chargers and USB-C hubs to charging cables, TWS earbuds, power banks, iPad Stylus Pen, and more, look no further than UGREEN for the best Apple accessories.

Stay tuned for UGREEN’s latest gadget lineup for Apple’s Spring releases this month. Sign up now to be the first to get exclusive discounts up to 40% off.