Chipsets are to smartphones what the brain is to humans.

Your smartphone’s chipset, also referred to as a processor, is the phone’s central hub.

It controls everything in your phone, from the camera to the music player, email program, and everything in between. The processor’s effectiveness directly affects your phone’s overall performance.

Everything you do goes right into the processor.The processor receives and implements every command, completing billions of calculations per second. It then converts these actions into visual changes you see on your screen.

How Does a Smartphone Processor Work?

Let’s you’re performing a task on your phone like viewing pictures in an app.

The chipset registers this action and stores it in your phone’s memory — a phase called “fetch.”

This action then moves to the second phase, known as decode, where it’s translated into a language that your phone can understand.

The instructions move to the “execute” phase, where the processor transmits them to the screen, allowing your pictures to open. The executed instructions are finally saved in your phone’s memory, in a phase called “save.”

Qualcomm and MediaTek are the two dominant chipset manufacturers with more than 50% of the smartphone processor market.

Qualcomm is known for its Snapdragon chipset series, while MediaTek makes Helios and Dimensity chips.

While Qualcomm is regarded as the top chipmaker, MediaTek is growing rapidly, eroding Qualcomm’s market share.

Will MediaTek overtake Qualcomm as the number one smartphone chips maker?  All signs indicate that’s likely to happen, so it’ll be interesting to see how things pan out in the future.

In this post, we’ll compare smartphone chips from the two leading manufacturers side by side.

Before we talk about the chips, let’s start by understanding a few things first.

What Does a Chipset Contain?

SoC is a complete processing system bottled up in a single package.

Unlike the standard single processor chip package, SoC contains several processing parts, modems, memory and other crucial components assembled as one chip attached to the circuit board.

Components Inside a Smartphone SoC

Some standard components found in a smartphone’s SoC include:

Why Do Companies Invest So Much On Chipsets?

Below are some reasons companies have high budgets for smartphone chips:

Camera quality is one of the most important considerations people make these days before buying a smartphone.

Even though premium sensors, lenses, and hardware are crucial, powerful image processing capabilities are part of the equation.

Modems enable you to access data across your carrier’s network. Different modems offer different data connection speeds and quality. The most powerful modems, for instance, boast download speeds of over 1Gbps.

While smartphones have had built-in 4G capabilities, 5G modems are now available as 5G technology continues to roll out.

Qualcomm VS Mediatek – Which One is Better?

MediaTek smartphone chips are relatively cheaper compared to Qualcomm. Essentially, this means that phones running on MediaTek chips are more affordable than their Qualcomm counterparts.

According to a recent IDC report, MediaTek accounts for 48.1% of the United States Android marketplace. Qualcomm has a 43.9% market share.

If these statistics are anything to go by, MediaTek has a larger market share than Qualcomm.

Qualcomm Snapdragon has a remarkable clock speed of 2.84 billion calculations per second. Considering that it takes over 31 years to count a billion, that’s an incredible speed.

MediaTek chips can deliver peak speeds of 2.3 GHz for a superb, super-efficient performance. 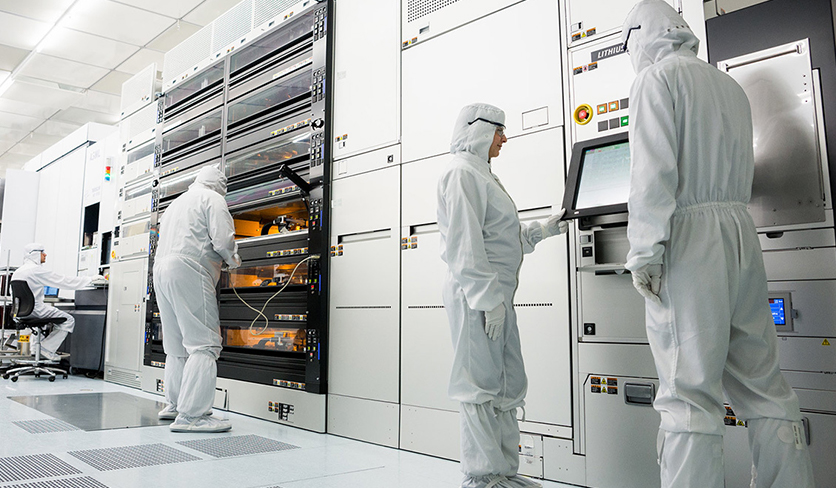 The Qualcomm 865+ processor can clock 3.1GHz, making it one of the fastest processors on the market.

Head to head, Qualcomm and MediaTek chips offer reasonable speeds to handle the needs of most smartphone users. Power Consumption

MediaTek smartphone chips have a high-power consumption, resulting in short battery life. However, the manufacturer is improving its processor to be more energy efficient.

The chip deals with tasks related to photography, audio, and connection. However, the manufacturer has recently shifted to the Tensor Accelerator chip to ramp up its AI performance.

The difference between the two processors lies in battery consumption and efficiency.

So how do the two compare?

If you’re after a chip that can handle tasks such as gaming and deliver higher performance in a mid-range phone, then you’re better off with a MediaTek processor,

You can go with the Qualcomm Snapdragon if you’re in for a higher-end flagship.

One thing we can’t ignore, though, is that Qualcomm is losing ground to Qualcomm as the leading smartphone chip maker. At the pace MediaTek is catching, it might only be a matter of time before it overtakes Qualcomm.