If you’re like many computer users, you might have a handful of Ethernet cables lying around. They look a little like old phone lines and are most often used to connect devices to the internet.

But, what is an Ethernet port, what kind of ports and cables are there, and how do people use them to streamline their devices and data?

This article will attempt to answer those questions. By the time you get to the end, you should be an expert on everything related to Ethernet ports and cables. Keep reading to learn more now. 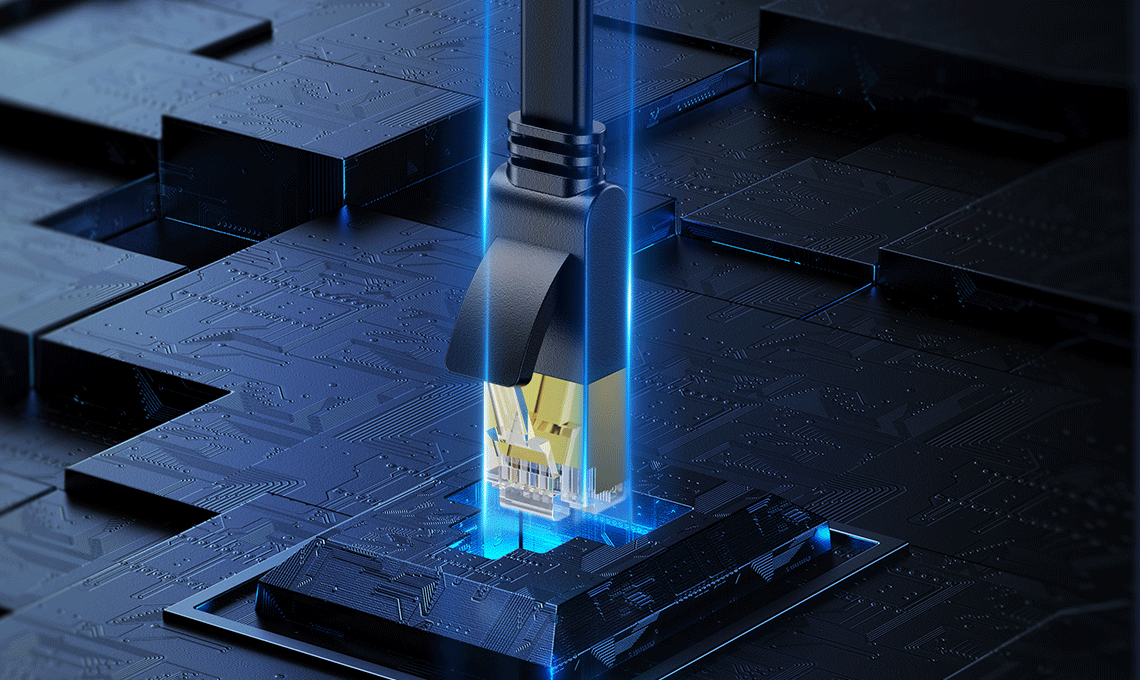 What Is an Ethernet Port?

An Ethernet port is a computer jack or socket that accepts an Ethernet cable.

Practically any type of digital information can be transmitted and accepted through an Ethernet port, from audio and video to software and text documents. Thanks to this versatility, Ethernet cables are most often used for connecting various types of networking devices. 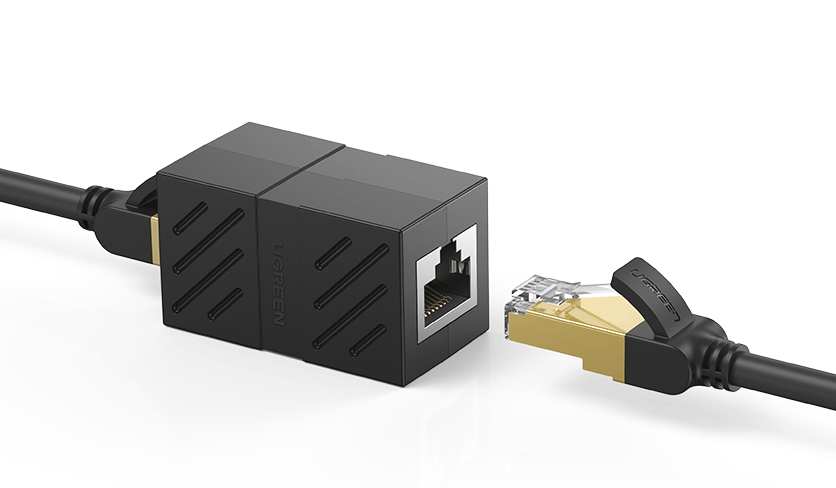 An Ethernet port looks like a rectangle. It’s almost square-shaped, slightly larger than a telephone jack, and about a half-inch deep.

Ethernet cable connectors are located at the ends of the cable and have plastic clips on them that snap into place when the connector is pushed fully into the port.

What Is Ethernet Used For?

You can find Ethernet ports on internet routers, game consoles, and most computers. Without Ethernet ports, creating local area networks (or LANs) would be nearly impossible. They make it possible to connect devices and computer accessories to the Internet, as well as to one another. The way Ethernet ports and cables are used depends on the type of network.

Most homes and businesses have at least one wireless router to beam a WiFi signal across the premises. Computers, mobile devices, and accessories like printers will connect to this private network wirelessly. But an Ethernet cable will be used to connect the wireless router to the Internet service provider’s network. 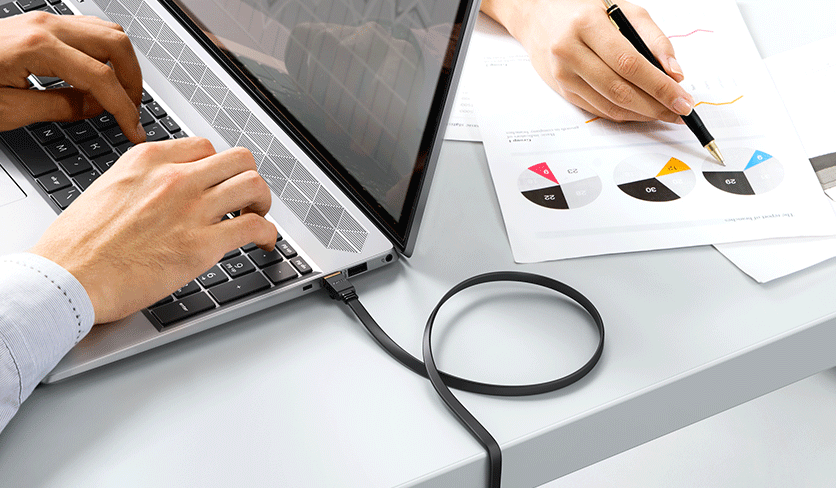 Often, one or two computers will connect directly to the router with another Ethernet cable. But most of the time, devices will connect to the Internet and one another through the wireless network.

Not all private networks are wireless, however. For a wired network, an internet hub will take the place of a router and connect each device using Ethernet cables. For homes and businesses without any sort of local network, the local ISP will connect devices like computers and game consoles directly to the Internet, without a router or hub between them. Once again, Ethernet ports are used to make this connection.

Although Ethernet ports and cables are usually associated with internet connectivity, this is far from being their only use. You can also transfer files from one computer to another directly using Ethernet cables. This is much more convenient than using USB thumb drives or SD cards because there’s no limit to the size or number of files being transferred.

People have found other creative ways to use Ethernet cables. USB-C hubs will sometimes feature an Ethernet port to establish a fast, reliable connection to a computer. 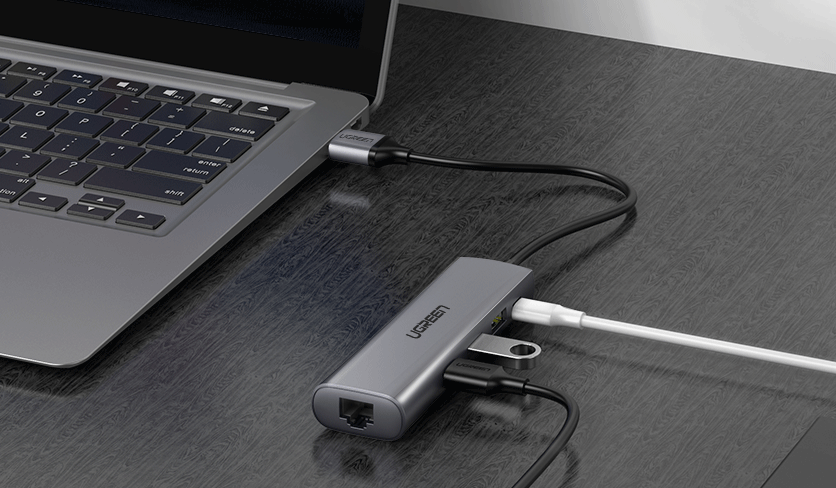 Sometimes you might want to connect two devices using Ethernet when only one of them has an Ethernet port. In these instances, you can use a USB to Ethernet adapter (also called a dongle). This type of adapter will let you connect the Ethernet port on one computer to a USB or USB-C port on another device.

Another convenient use for Ethernet adapters is to connect a Google Chromecast or smart TV to the Internet without using WiFi. If you don’t have a fast wireless network in your home, a creative combination of Ethernet cables and adapters can extend high-speed internet access to almost any device. 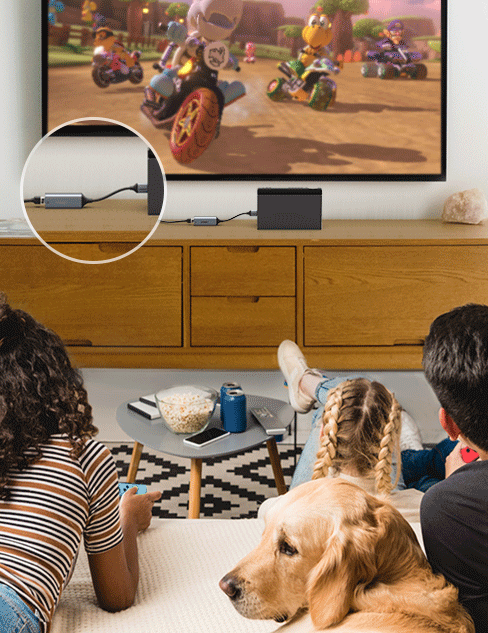 What Is a Gigabit Ethernet Port?

As you now know, Ethernet can be used to connect various devices to the internet but for the best speed and performance possible, you’ll want to upgrade to a Gigabit Ethernet port.

It is also important to know that in order to maximize your connection speed, a Gigabit Ethernet adapter should be paired with your Gigabit Ethernet port. When talking about internet speeds, one weak link in the chain will slow everything down. 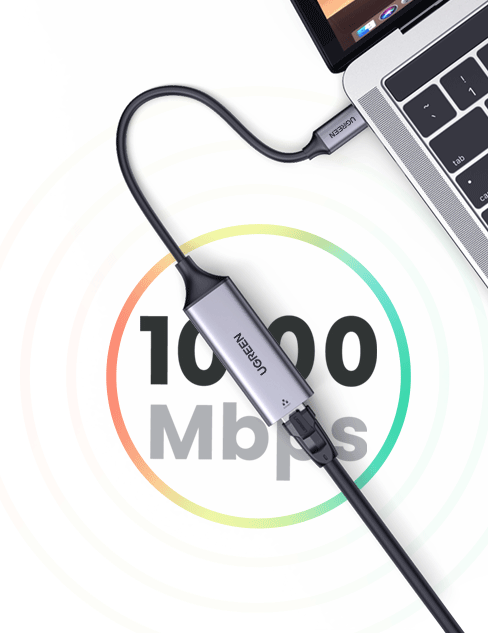 What Is Ethernet Port Aggregation?

Using Ethernet port aggregation allows two devices to treat multiple Ethernet links as if they were the same link. This increases the amount of bandwidth available to you. In addition to boosting transfer speed, this also provides redundancy should one of the Ethernet links fail.

The next time someone asks you, “What is an Ethernet port?” you’ll be able to answer them like a pro. But how can you make the most of this new knowledge?

As we’ve established, the best way to utilize Ethernet across multiple devices is to have several adapters or dongles. This allows you to transfer any type of file between PCs, as well as use smart devices without WiFi.

UGREEN offers some of the best USB to Ethernet devices on the market. Visit our Ethernet Collection to learn all about our excellent Ethernet adapters.

Ethernet Cable 101: What You Need To Know