How Does ANC Work?

You might think the technology that makes ANC work is complicated, and it is. But, you could say what makes it possible is that your headphones are actually listening to their surroundings.

You probably know that sound is transmitted in waves. Well, your headphones are listening to these waves and tracking the wave patterns. Then they generate their own sound waves, which is sometimes called anti-noise. 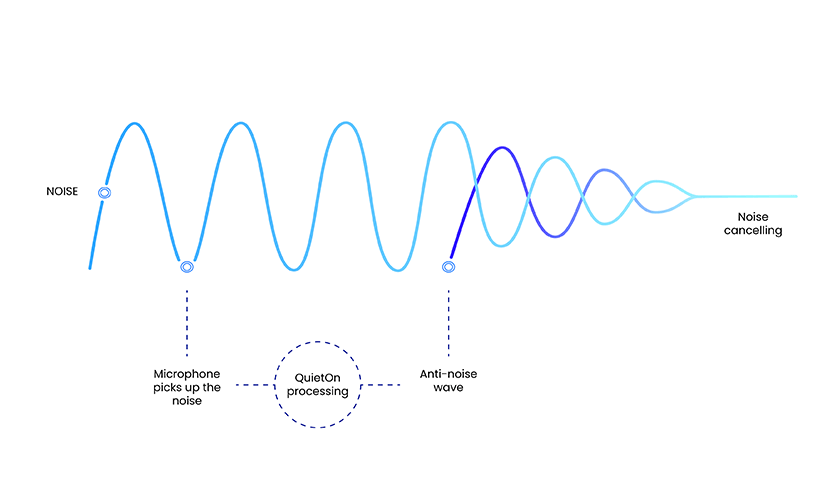 The anti-noise is the inverse of the sound wave pattern that the headphones heard from your surroundings. This causes something known as destructive interference. When the original wave and the inverted sound wave meet, it causes both sound waves to be reduced.

They cancel each other out, and this is why it is called active noise cancellation. The earbuds or headphones are actively creating anti-noise, or inverted ambient sound waves, to “cancel” the noise around you.

This extra work that the earbuds are doing to block the ambient noise is why earbuds run out of battery faster when ANC is turned on than when it is turned off. 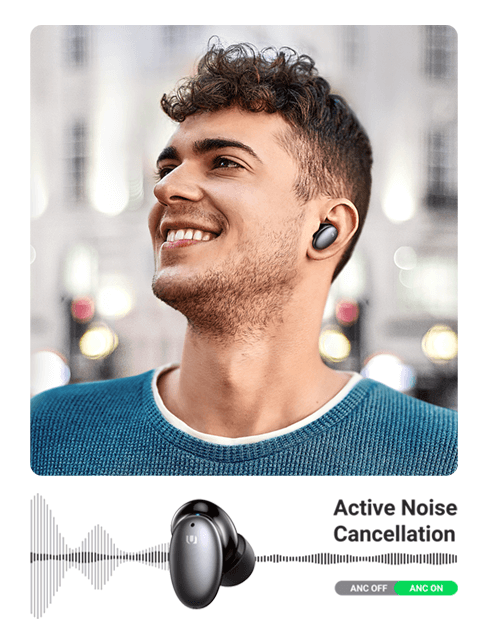 How Much Sound Does Active Noise Cancellation Block?

Most ANC earbuds block between 20-30 dB and UGREEN’s HiTune X6 Earbuds can block up to 35 dB of ambient noise. ANC algorithms are not all created the same and you might have noticed that some sounds aren’t blocked.

When a company is designing their ANC algorithm, they have to make decisions about how aggressively it will attempt to block ambient sound. Additionally, loud sudden sounds are less likely to be blocked.

For instance, it wouldn’t be a good idea to block so much noise that a person can’t hear an oncoming car or fire siren. Also, as mentioned earlier, sudden sounds are almost impossible to block because your earbuds will not be able to generate anti-noise for them.

Active noise cancellation isn’t really meant to drown out your next-door neighbors’ argument, but it can drown out a noisy AC unit or the sound of street traffic from your apartment.

Do I Need ANC?

No one needs ANC, but it can be a nice addition. If you are asking yourself if you need ANC you should consider the environment you plan to use the earbuds in. ANC is great if you have a noisy commute using public transportation, or if there is a lot of construction where you live or work.

But, it won’t block extremely loud noises. If noises are too loud, like screaming children, or if there is a lack of noise, then active noise cancellation is probably unnecessary. 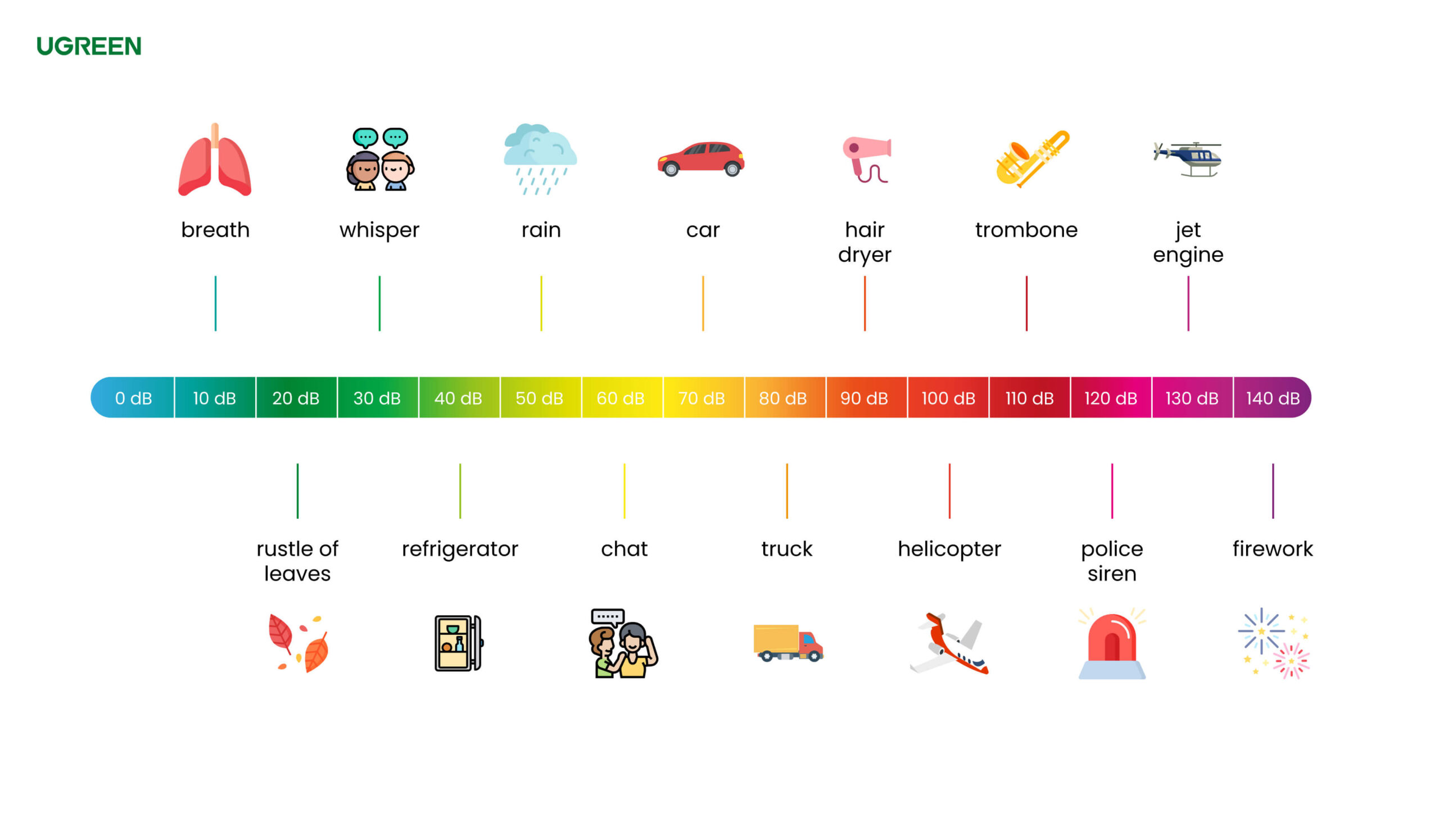 What Other Functions Should We Consider?

ANC has become a very popular feature in earbuds, so popular in fact that many people don’t consider any other features. But, this is a mistake because there are many types of noise reduction measures and even noise amplification functions.

However, there are over-ear headphones that are designed for pilots that can block up to 30 dB of ambient noise without active noise cancellation. Just for comparison, earplugs generally can block 30-35 dB.

The structure of the audio device can offer a lot of noise reduction without any assistance from active noise cancellation. 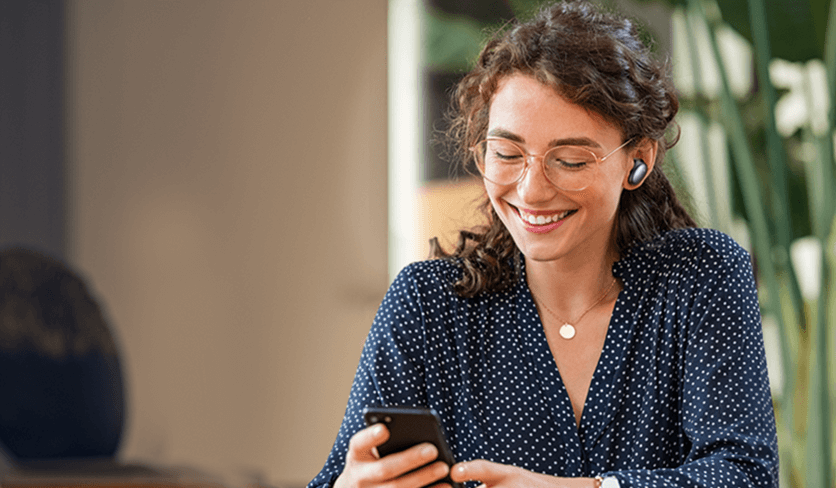 Environmental noise cancellation is similar to ANC, but ENC focuses on reducing the ambient noise that your friends hear when you call them.

Most earbuds that have active noise cancellation also have ENC. But, in order to use the ENC function during calls, you need to make sure that the phone call is using the microphone in your earbuds instead of the one on your phone.

That being said, FaceTime also has an ENC function now so if you use an iPhone you are covered either way.

Another term you may know is transparency mode. Transparency mode is essentially the opposite of active noise cancellation. Even cheap gas station earbuds have some passive noise reduction and when you are blasting your favorite song you might not be aware of your surroundings.

If you are crossing a street or driving, this is potentially dangerous. So, transparency mode is meant to make sure you are always aware of your surroundings when you need to hear what is around you.

What Earbud Features Do You Need?

Additionally, this article doesn’t address things like sound quality, Bluetooth functionality, or latency, which are all important factors to consider as well. Subscribe to stay informed about what to consider when buying earbuds or other electronic products. 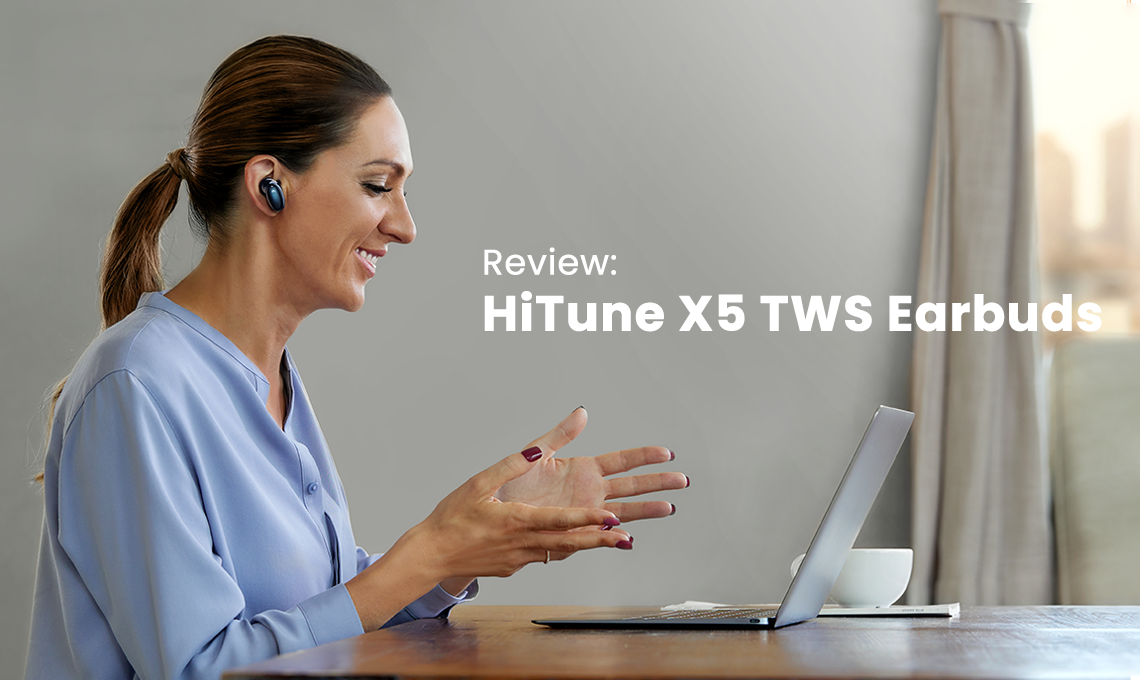