Are you having a hard time wrapping your head around Bitcoin? You shouldn’t be – not if you read this article to the very end. Here’s a quick overview of what you’ll find in this Bitcoin beginners’ guide:

We’ve even thrown in fun facts about Bitcoin.

Let’s dive right into it.

For starters, Bitcoin is the world’s first and most well-known cryptocurrency. It is a form of digital money that isn’t controlled by a central authority such as a government or bank.

Like all money, you can store, exchange or use Bitcoin to make payments.

As a beginner, you must be thinking – do I need to understand the technical details to get started with Bitcoin? Not necessarily!

Creating a Bitcoin wallet is the first step to getting started with Bitcoin. You will use your wallet to buy, sell, receive and trade Bitcoins. You can easily download a wallet to your phone or computer.

A Bit of Bitcoin History

Bitcoin became available to the public in 2009. The anonymous Satoshi Nakamoto – whose identity is still unknown – is the brains behind Bitcoin’s development.

In the same year, mining – creating new Bitcoins, recording transactions, and verifying them on the blockchain – began.

It wasn’t possible to assign a monetary value to Bitcoin until 2010 when someone decided to swap 10,000 bitcoins for two pizzas. If the buyer hung on to those Bitcoins, they would be worth a whopping $350 million at today’s Bitcoin price.

Currently, there are 18,745,150 bitcoins in circulation. This figure changes at intervals of 10 minutes when a new block containing 6.25 Bitcoins is added to the network

Blockchain and Its Relation to Bitcoin

At its core, a blockchain is a type of a distributed ledger.

It is a Distributed Ledger Technology (DLT), a database consensually shared and synchronized across various computers called “nodes.” Any user in the blockchain can be a node. Nodes verify, approve, and store data within the ledger.

A blockchain arranges new data that comes into the ledger in blocks. Each block can only hold a specific amount of data, so new blocks are continually added to the data, creating a chain.

New information on the  blockchain is encrypted with a unique identifier known as a “hash.” This data cannot be changed or altered.

Each node contains a timeline of data that goes back to when the node was first created. Essentially, this means that even if someone tampered with the data in one node, they wouldn’t change the stored information.

Any node that has been interfered with can be easily identified and rectified since it doesn’t look like the rest of the nodes. That way, it is almost impossible to replicate the computing power at the back end to reverse engineer to know what all those hashes are.

Many cryptocurrencies, including Bitcoin, run on blockchain technology.

How Does a Bitcoin Transaction Get Into The Blockchain?

Each Bitcoin transaction goes through several steps before it is delivered to the blockchain network. These are:

Bitcoin is built upon a cryptographic system that uses public and private keys.

Public keys, as the name suggests, are publicly known and crucial for identification. Private keys are kept secret and are essential for authentication and encryption.

These two keys create a unique, secure digital identity and signatures that authenticate a user before granting them access to perform a transaction from their Bitcoin wallet.

Once a user initiates a transaction, it is transmitted to the Bitcoin blockchain and broadcasted to nodes on the network.

When a node receives the transaction, it checks the validity. The node decides whether to accept or reject the transaction. Put differently, the majority of nodes must accept a transaction for it to be deemed valid.

The blockchain system often offers rewards to Bitcoin “miners” in the network through a process known as “proof of work” to induce authorization of transactions.

Bitcoin mining isn’t easy. It involves solving a complex mathematical problem to generate a block to be added to the chain.

Further, solving a bitcoin mathematical problem is a hit-or-miss undertaking. With the probability of solving the problem being 1 in 5.9 trillion, it is not surprising that miners have to be incentivized to verify transactions.

Mining is costly too. It takes a significant amount of computing power and energy to solve computationally intensive mathematical problems. Since mining is complex and time-consuming, the miners must be given a worthwhile incentive to fast-track the process.

The chance to win the right depends on the user’s stake in the network, for instance, the number of Bitcoins the user owns. Proof of stake eliminates the need for mining, saving a significant amount of computing power resources.

The blockchain recently adopted smart contracts, a self-enforcing, autonomous program that automatically completes transactions if they’re in line with certain requirements to speed up consensus.

How Do Bitcoins Work?

Each Bitcoin is a computer file stored in a Bitcoin wallet on a computer or phone.

Once you’ve downloaded and installed your wallet, it automatically generates a Bitcoin address that you can share with other users in the network. You can get paid or pay other users using this address.

Note – A particular Bitcoin address is used only once.

Other concepts you need to know to understand how Bitcoins work include:

Bitcoin balances are kept on a public ledger. Other users have to verify new transactions to ensure that any user who initiates a transaction is the actual owner of the spendable balance.

Since miners in the network have to reach a consensus before validating a transaction, it is hard for a single person to add a new block to the chain.

Where Can You Get Bitcoins?

You can get Bitcoins through one of the following main ways:

What Can You Do With Bitcoins?

You can use your Bitcoins in several ways, including:

You can also use your Bitcoins to buy food in restaurants that accept Bitcoin, pay for accommodation on sites such as Expedia.

Here are some interesting facts about Bitcoin to tickle your fancy.

While Bitcoin is safe to use, its legality varies from location to location. Bitcoin is legal in most developed economies, but emerging markets are yet to embrace it fully. The legality also depends on who you are and what you’re doing with your Bitcoins.

Even where Bitcoin is legal, governments have voiced the following concerns:

The Current Status of the Bitcoin Market

Even though Bitcoin trading has been wildly speculative and volatile lately, it still offers exciting opportunities and the potential to make money.

As a rule of thumb, make sure you have the right information, a well-thought-out training strategy, and a reputable exchange platform if you want to trade in Bitcoin.

That said, we wrap this Bitcoin beginners’ guide.

What is Bitcoin? A Bitcoin Beginners’ Guide 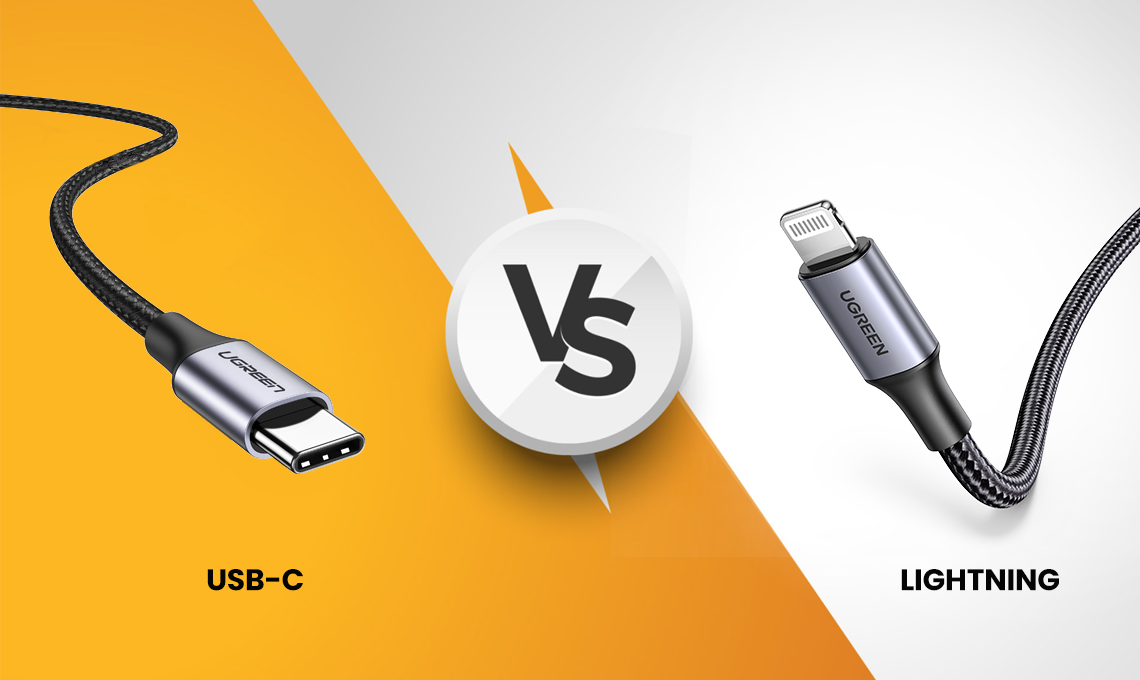 Tech Trends
USB-C vs Lightning: What’s the Difference?
In this article, we will compare the two dominant charging ports on the market: USB-C vs. Lightning. Last month, the European Commission proposed USB-C as a standard port for all electronic devices. Its aim is to prevent e-waste and consumer inconvenience. But, Apple - which uses the Lightning po....

2 Replies to “What is Bitcoin? A Bitcoin Beginners’ Guide”

Leave a Reply to One Kwok Cancel reply