Entering 2020, more and more mobile phone manufacturers start to release their new version phones, Apple is included. Although it is said that Apple company keeps confidentiality every year, it is unavoidable to be exposed before the event.

Regarding the regulars in recent years and the rumors of Apple event on the Internet, we can predict the time of Apple’s spring event 2020, which may be hold on March 25. However, as usual, Apple will hold an event on Tuesday, so the rumor said the event may be put off until March 31, and the new devices will be published on April 3. The exact date of the event is coming soon.

For the Apple spring event 2020, the rumor of the new iPhone SE 2 is on the top list. However, according to the latest media reports, the iPhone SE 2 may be named the iPhone 9. This machine will adopt a design similar to the iPhone 8, with a 4.7-inch LCD display on the front, while retaining the some fairly hefty bezel at the top and the bottom and Touch ID Home button. At the same time, the rumor said that the iPhone 9 will add Face ID functionality. Equipped with A13 Bionic processor, iPhone 9 will provide 64GB storage and 3GB RAM. Built-in 2000mAh battery, and it supports IP68 waterproof level and wireless charging. The phone supports PD 18W fast-charge protocol, but due to it is standardly equipped with 5V/1A charger, if you want to experience the fast charging, you have to buy an 18W PD charger and a USB-C to Lightning cable. Besides, for the price of the iPhone 9? Expected price is 399 US dollars.

10 years have passed since the release of the original iPad, so it is probably that Apple will release a new iPad at the event in March. The biggest highlight of the new iPad is that it will support 5G network support. In addition, another major update of the iPad Pro is its camera. These three cameras will support ToF 3D sensors. The biggest purpose of Apple’s introduction of ToF is to enhance the AR performance of the product. In other respects, the new iPad Pro will be available in 11-inch and 12.9-inch sizes.

DigiTimes news, Apple will launch a new 14-inch and 16-inch version of the MacBook Pro in the first half of 2020, the product’s keyboard will have a scissor switch keyboard design. So there are some rumors said the new MacBook will be released on this spring event.

In addition to the three new products above, Apple has also recently been rumored to release a new AirPods 3. Overall, the new AirPods 3 will use the same earbuds and appearance as AirPods Pro, the sound quality is greatly improved compared to AirPods, but the Pro’s active noise reduction capability will be removed.

There are rumors that Apple will release a new iWatch, but there isn’t much news about the product on the Internet, so it’s still unknown. Let’s stay tuned.

In general, the new products that would be released on Apple’s spring event is so exciting. Apple’s annual event is also known as the “Technology Feast”. With the advent of the 5G era and the rapprochement with Qualcomm, it is fair to say that this year’s Apple event will be eye-catching again. So what’s your most anticipated new product at Apple’s Spring Event? What changes or improvements do you think will appear? Come and comment below. 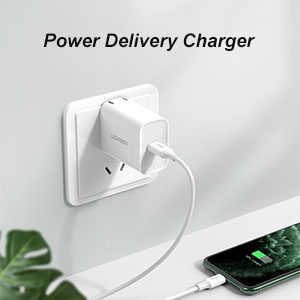